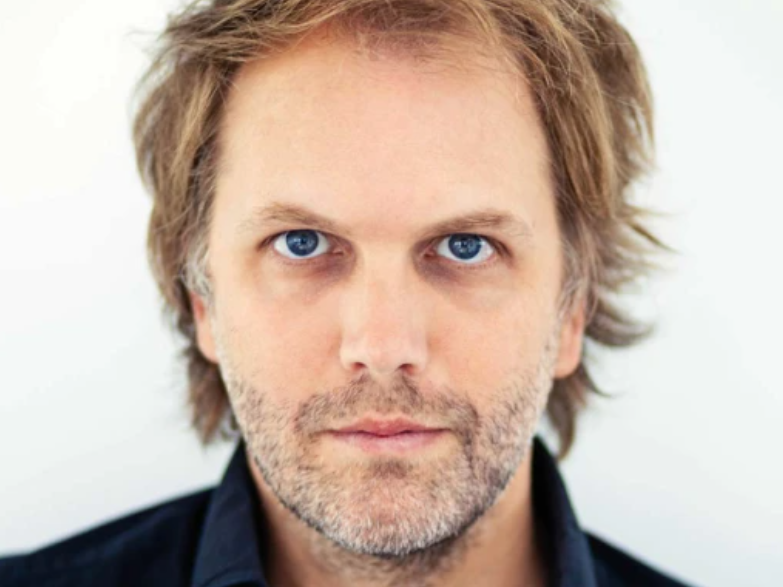 Posted at 19:46h in The Hollywood Reporter by Alex Ritman by Embankment Films 0 Comments
0 Likes

“I couldn’t have done any other film but this one,” says the director, whose debut, ‘The Father,’ was a critical and commercial hit and won two Oscars.

Few enjoy the sort of directorial debut Florian Zeller experienced with The Father. The 2020 drama — based on his own acclaimed stage play about dementia and ingeniously dragging its audience into an immersive maze of disorientation and confusion — was a critical and commercial smash hit. The film also became something of an awards season darling, landing Zeller and his co-writer Christopher Hampton best adapted screenplay honors and Anthony Hopkins best actor awards at both the Academy Awards and BAFTAs.

Two years on, and the Parisian is ready to unveil his sophomore feature. Adapted from another of his plays, The Son this time tackles the subject of depression, centering on 17-year-old Nicholas — an extraordinary turn by newcomer Zen McGrath — whose growing struggle with mental health begins to devastate the lives of his parents, particularly his high-flying New York lawyer father (an emotional sledgehammer of a performance by Hugh Jackman). Is his divorce from his loving ex-wife (Laura Dern) and recent baby with new partner (Vanessa Kirby) to blame? While Nicholas makes the accusation, the film — mostly shot in London — doesn’t seek to point fingers (or even suggest there is anything to point at), and just deals with the crippling consequences.

Speaking to The Hollywood Reporter ahead of The Son’s world premiere in Venice, Zeller discusses feeling the need to share the emotional pain of parenthood’s impotence, battling with himself to tell a far more straightforward story than one with the complexities of The Father, and how Jackman humbly pitched himself for the role. He also describes how he chose his young lead star over Zoom, but didn’t actually meet McGrath in person until three days before the shoot.

When you wrote the original stage play The Father, about dementia, you said it came from your own experiences with your own grandmother. Does The Son also come from personal experiences?

Yes, it comes from a personal place. It’s not my story in terms of the characters or situations, but it has to do with my own emotions. So it’s not because I wanted to tell my own story, it was more because I felt that there are so many people connected to these kinds of issues and thought it would be meaningful to share these emotions. Like with The Father, when we did the stage play, people were waiting for us after every performance to share their own experiences. And I was surprised to be connected to that truth, which is that so many people understand what is going on with the story. Maybe it was because it’s about what it is to be a father or a mother, and that sometimes you have to accept that you’re impotent. That is part of the experience of being a parent. And sometimes love is just not enough and it’s a real pain to accept that. So it was to share these emotions rather than to tell my own story. But it’s true that it was coming from a personal place, which is why it was so important to me to tell that story, and not another one. I couldn’t have done any other film but this one.

The Son doesn’t focus on the cause of depression but just treats it as the monster that it is. What was behind that decision?

Because I think it’s part of the issue with mental health, it’s like a mystery. You cannot exactly understand why it’s there. It could appear unfair, as there’s no clear explanation and in a way is no one’s fault. But because we’re human, we feel guilt. Of course, we mention that there was a divorce, but my plan was absolutely not to tell a story about what could happen if you get divorced, because that is not what I believe. But we try to find explanations for what we’re going through, especially mental health. And in the son’s perspective, he doesn’t understand why he’s going through this pain, so it needs to have an explanation and the easiest way to understand it is that it’s because of his parents. This is what we do. And the father is dealing with his own guilt, thinking that everything is his fault. And that’s why he’s almost like a tragic character.

Most directors don’t have the sort of success with their first film that you had with The Father. Has this created any additional pressure on you with The Son? Do you feel a greater weight of expectation?

I should say yes, but the truth is no. At least I felt no pressure during the filming, because, as I said, I knew exactly that it was the film I wanted to do. And I knew why I wanted to do it and how I wanted to do it. So I didn’t question anything about what people were expecting from me at all. But now it’s about to be released, and I am starting to think, “Oh, I understand your question.”

Because The Father played out like an unsolvable riddle, which only becomes apparent at the end, as soon as I started watching The Son, I just assumed that you had crafted a puzzle within the story, or that you were going to be playing with me in some way. Was this a consideration at all?

Most of my plays are built like a maze, but actually the only one that isn’t is The Son. It’s very straightforward, very linear. My instinct is always to build more complicated narratives, but with this, I remember I had to control myself to, in a way, dare to be straightforward. Because I knew that in order for the audience to really buy the final scene and make it as powerful as possible, I needed them to have believed in every single moment of the film as the truth.

How easy was it to find your son and how did you land on Zen McGrath?

I saw many young actors on Zoom, because at the time you couldn’t meet people. And it was a very exciting process — I knew that somewhere there was someone who will be this character, and that it’d be an important journey for all of us. But as soon as I saw Zen, it was clear that I wanted him to play Nicholas. It’s very subjective and intuitive and it’s very hard to do it on Zoom. And to make it even more complicated he was in Australia. But I knew he was the right one. I felt the combination of such a strong fragility, sensibility and capability to go through these emotions. But we only met in person for the first time a few days before we started shooting.

Getting Hugh Jackman to play Nicholas’ father was a particularly great piece of casting. How did that come about?

It happened in a very singular way. I was just starting the process and talking to agents, and he wrote to me. It was so special, to me at least. He said that he’d seen The Father and the play The Son and heard that I was working on an adaptation, and if I was already in conversation with someone, then great and please forgive the letter, but if not, then please give him 15 minutes so I could understand why he should do the part. I was so surprised by his humility and his honesty. So we met on Zoom, and after 15 minutes it was really striking, because I really felt that he was exactly that character. He wasn’t cheating or trying to perform, he was just talking with me and being himself, and I felt every element that I needed. He’s a very special human being, quite extraordinary. And I’m not just saying this out of courtesy.

And, without want to give anything away, Anthony Hopkins — your Oscar-winning father in The Father — has a small but superb scene in which he plays a rather brilliant bastard. Is he your good-luck charm?

Actually, he was the first person who read the script. As soon as I had finished it, I sent it to him, because I really respect his sensibility. And of course, he noticed that the character’s name in this was Anthony. And what was funny is that it’s really the opposite part from The Father. In this, he’s completely in control.

For The Son you also brought on board See-Saw Films as producers They’re obviously prestige tastemakers with an incredible track record, but what did they bring to the film?

I met Iain Canning, also on Zoom, and we got along really well. I love his films. And he’d also made some films in New York as a British producer — the main one I’m talking about is Shame, which I really, really respected — so I thought he could help me do this translation. Even though I didn’t want to tell an American story, I wanted it to be connected to American reality. Especially when it comes to psychiatry, for example, every country works differently. So he was very helpful in this process. But it was also great to work with a producer who has produced films that you so admire.

Given that you’ve quickly gone from The Father to The Son, are we to assume that you — and Christopher Hampton — are busy adapting the third play in your trilogy, The Mother?

No, I’m not. Yet. I’m still in The Son, to be honest. But it’s true that it’s related to The Father and The Son. It’s crossed my mind.