TORONTO: With ‘The Wife,’ Glenn Close Could Find Herself in the Best Actress Race 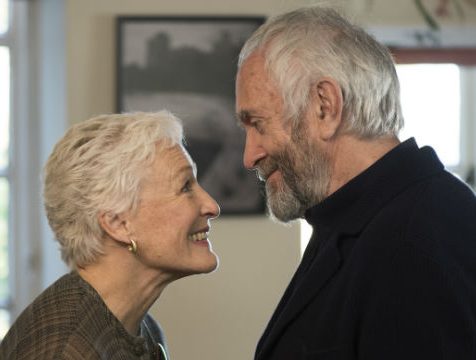 15 Sep TORONTO: With ‘The Wife,’ Glenn Close Could Find Herself in the Best Actress Race

Posted at 11:39h in The Hollywood Reporter by Scott Feinberg by Embankment Films 0 Comments
0 Likes
The widely respected veteran could garner her seventh Oscar nom — and maybe even a long-overdue win — if a capable distributor picks up her latest film and releases it before the end of the year.
Three years ago, during the latter days of the annual Toronto International Film Festival, a pretty good movie featuring a great performance by its lead actress was acquired by a top-tier art house distributor and wound up bringing that actress a long-overdue Oscar. That film was Still Alice, and the actress was Julianne Moore.Three years later, history may be repeating itself with The Wife, an acquisition title that was unveiled for the first time at the same fest. Glenn Close, its widely respected 70-year-old leading lady, has thus far accumulated six Oscar nominations over her long career, but not yet a win.This year’s best actress race already is much more competitive than it was in the year of Still Alice. But I still believe that if a competent distributor picks up The Wife — one like Sony Classics, which picked up Still Alice — and decides to release it before the end of this year, there’s a great chance that we will be able to cross Close off the list of the all-time greatest Oscar-less performers by the beginning of spring.Bjorn Runge’s drama centers on a long-married couple, played by Close and the equally excellent Jonathan Pryce, living in Connecticut in 1992, just as the husband’s career as an author is being celebrated with a Nobel Prize for literature. Layers upon layers are pulled back, over the course of the film, to reveal that nothing is quite as it initially appears, and chickens begin coming home to roost.

Without giving away any major plot twists, I can say that the film and the nature of its characters, as much as the caliber of the performances, reminds me of the 2015 art house standout 45 Years, for which Charlotte Rampling ultimately received a best actress Oscar nomination.

Close is, as she always has been, as comfortable and impressive in moments of silence as in moments of explosion, and watching her character simmer and eventually boil over is a master class in acting of the sort that the Academy likes to reward. Also, she may benefit from the zeitgeist, in a way, as some, at least, begin to reconsider Hillary Clinton.

In the wake of last November’s election and all that has followed, there’s something extra moving about watching an older, smart and accomplished woman who has been wronged by her husband in more ways than one, but nevertheless stood by him — “a stoic wife with repressed rage,” as the film itself winkingly describes Close’s character — come to realize her own worth and stand up for herself. In fact, at one point in the middle of the movie, it even caused the audience to break into applause.