The Father: The Guardian Review- Sundance 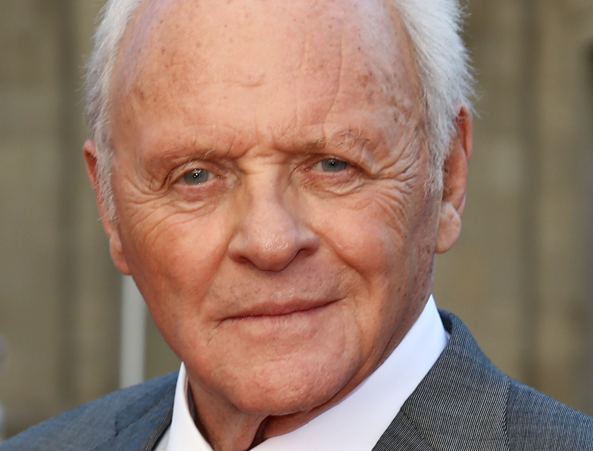 Posted at 13:00h in The Guardian by Benjamin Lee by Embankment Films 0 Comments
0 Likes

A brutal, trippy portrait of what it must feel like to lose your grip on reality boasts an Oscar-worthy performance.

Most years at Sundance, usually within the midnight movies strand, a horror film breaks out, terrifying all those able to endure it, kickstarting a buzz that continues through to release with poster quotes daring only the bravest of audiences to go see. In previous years there’s been Saw, Hereditary, Get Out, The Babadook and The Blair Witch Project but this year, the scariest film isn’t about a sadistic killer or an evil cult. It’s not even a scary movie in any traditional sense. It’s a film about the bone-chilling horror of living with dementia and it’ll haunt me for weeks.

Based on the acclaimed, award-winning play, The Father starts out as a deceptively simple drama hinged on a deceptively familiar dynamic. Anne (Olivia Colman) is losing patience with her 80-year-old father, Anthony (Anthony Hopkins), whose grip on reality is fading but who refuses to allow a carer to look after him. She’s moving to Paris and needs to ensure his safety while she is away so before she leaves she must find someone who will endure him. For Anthony, life has become a source of ever-disorienting confusion and in a masterful stroke, the writer-director Florian Zeller (who created the original stage production) tells the story from his eyes as characters and locations shift and we become as muddled as he.

Anthony is essentially a character in a trippy thriller who exists in a real world drama. He thinks he’s being gaslighted in one moment and in the other he questions the very nature of his existence as his daughter is suddenly someone else (confusingly for us, it’s another Olivia: Olivia Williams) and his apartment has been refurnished in a matter of moments. It’s an ingenious way to convey the horrifying state of mind of someone with dementia, how every day is filled with sudden shocks and how impossible it must be to let someone else understand just what you’re going through. We’re mostly in one location but due to the ever-changing nature of Anthony’s surroundings, Zeller’s film is one of the more impressively realised stage-to-screen adaptations of late. There are constant tweaks made to his apartment from the decor to the layout and we begin to question everything along with him, always wondering what the real truth might be.

It’s a difficult, often quite brutal, viewing experience, as it needs to be given the subject matter, not only because of the fractured storytelling but because of the devastating lead performance from Hopkins, experiencing something of a career resurgence with an Oscar nomination this year for The Two Popes. He’s now comfortably an early front-runner for the 2021 race with a turn so crushingly effective that I can’t see how any other actor could beat him. It’s astounding, heartbreaking work, watching him try to rationally explain to himself and those around him what he’s experiencing. In some of the film’s most quietly upsetting moments, his world has shifted yet again but he remains silent, knowing that any attempt to question what he’s woken up to will only fall on deaf ears. Hopkins runs the full gamut from fury to outrage to upset and never once does it feel like a constructed character bit, despite our association with him as an actor with a storied career. It’s breathtaking to watch him here but also incredibly harrowing.

It’s his show but Colman gets some impactful moments along the way and the film is generous enough to understand that it’s an unbearably frustrating process for those around someone with the condition as well. As one might expect, The Father is a hopeless tale, with Zeller taking us down further as the condition worsens with the knowledge that things won’t be getting any better, that he won’t be getting out. It’s an experience many people will understandably want to avoid, existing just too close to home for a lot of us, easily swapping out Hopkins and inserting a family member in his place. But for those who can stomach it, it’ll stay with you, for longer than you might like. I know it will stay with me.