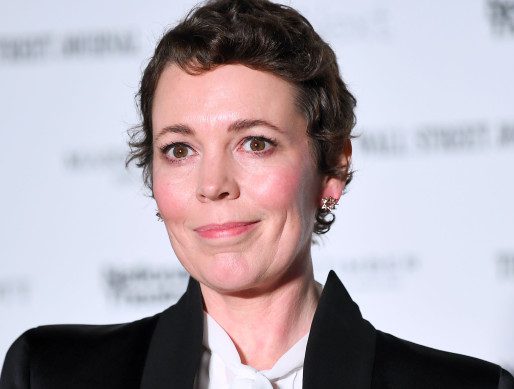 Posted at 13:10h in Variety by Owen Gleiberman by Embankment Films 0 Comments
0 Likes

Anthony Hopkins delivers a tour-de-force performance in Florian Zeller’s drama of dementia, which puts us in the mind of a man who’s losing his.

There have been some good dramas about people sliding into dementia, like “Away From Her” and “Still Alice,” but I confess I almost always have a problem with them. As the person at the center of the movie begins to recede from her adult children, from the larger world, and from herself, he or she also recedes — at least, this is my experience — from the audience. I have never been sure how to get around that, but in “The Father,” the French playwright and novelist Florian Zeller, making his auspicious debut as a feature-film director (the movie is based on his 2014 play), has found a way.

At the beginning, Anne (Olivia Colman), in London, returns to her large, stately, and tastefully cozy book-lined flat, with its sky-blue walls, and greets her father, Anthony (Anthony Hopkins), who is 80 years old and needs looking after. His memory has been slipping, though he hasn’t lost his feisty combative spirit — qualities we’ve come to expect from Anthony Hopkins, though in this film they’re merely the first couple of onion layers of a brilliant, mercurial, and moving performance. Anthony, in what we’re led to believe is typical behavior for him, has subjected his most recent caregiver to so much cantankerous abuse that she quit. Anne could hire another one, but it’s not that simple. As she finally tells him, she’s moving to Paris to be with the man she loves. What’s right on her lips — but she can’t bring herself to say it — is that it’s probably time for Anthony to go into a nursing home.

Strolling into the living room, he encounters a man sitting there calmly, reading The Guardian. It’s his daughter’s husband (Mark Gatiss); they all live together in the house. Moments later, the daughter returns, but it’s a different woman from before (now played by Olivia Williams), who announces that she’s bought a chicken to cook for dinner. Anthony, stunned by this shift in reality, tries to adjust and makes a reference to the husband — and she looks at him with a blank stare. There is no husband. (She was divorced five years ago.) There’s no chicken, either.

Which scenario is real, and which one has Anthony hallucinated? We can’t quite tell, but in each case what we’re seeing feels real, and that’s the film’s ingenious gambit. In “The Father,” Zeller plants us inside a convincing homespun reality only to reveal that it was a mirage; before our eyes, the solidity turns to quicksand. Or was the reality before it the mirage? The film gives us small sharp clues to get our bearings, and each time we do it pulls the rug out again, seducing us into thinking that this time we’re on firm ground.

“The Father” does something that few movies about mental deterioration in old age have brought off in quite this way, or this fully. It places us in the mind of someone losing his mind — and it does so by revealing that mind to be a place of seemingly rational and coherent experience. At times, the film seems to be putting King Lear in the Twilight Zone; at others, it’s like “The Shining” with Harold Pinter soap opera in place of demons. “The Father” is a chamber piece, but it has the artistic verve to keep twisting the reality it shows us without becoming a stunt. And that’s because there’s a raging-against-the-dying-of-the-light saddened desperation to it. Anthony isn’t just “fantasizing.” He’s seeing true-blue pieces of his life dance with primal enactments of his fears. His mind is like a vivid but faulty TV remote — it’s clinging to life even as it clicks to the next everyday dream.

Anne returns, introducing a new caregiver, Laura (Imogen Poots), who is so youthful and vibrant that she lifts Anthony’s spirit, to the point that he flirts and pours some whiskeys. She reminds him of Anne’s sister, Lucy, who’s an artist (several of her paintings hang on the walls). But there’s a hush in the air every time Lucy’s name is mentioned. Also on hand is Anne’s husband — I mean her real husband, Paul, played by Rufus Sewell with such cuttingly plausible resentment that we know in our guts he’s truly there. He’s the one pushing, harder than anyone, for Anthony to go into a home.

Watching “The Father,” we’re drawn right into the I-see-ghosts-can’t-you-see-them-too? experience of dementia. But we also put together the puzzle of Anthony’s life, and what gets to us is that we’re gathering the pieces even as he’s losing them, one by one. He keeps scrambling up the identities of the people close to him, which allows Zeller to play neat tricks with his actors. And Anthony both knows it and doesn’t know it. Because like any of us he believes what he sees. All the actors in “The Father” are vivid (Colman brings her role a loving vulnerability that warms you), but Hopkins is flat-out stunning. He acts, for a while, with grizzled charm and roaring certainty, but the quality that holds his performance together, and begins to take it over, is a cosmic confusion laced with terror. Anthony is losing more than his memory — he’s losing himself. The triumph of Hopkins’ acting is that even as he does, you’re right there with him.