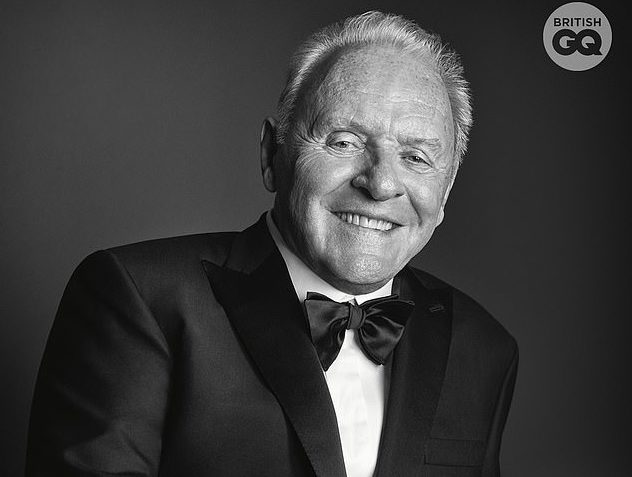 He’s set to win The Legend Award at Wednesday’s GQ Men Of The Year Awards.

And speaking to the magazine in the run-up to the ceremony, Sir Anthony Hopkins has urged budding actors ‘not to waste their money’ on acting school.

The Oscar-winning star, 83, insisted: ‘Don’t waste your money. They’re failed actors that set themselves up as gurus.’

He added when speaking to the magazine ahead of its 24th Men Of The Year ceremony: ‘There’s one very well-known actor with an acting class here in Los Angeles and he’s the star of the show!

‘And all these other students sitting around paying their fees and he’s the star! He’s on stage with them, interrupting them, being rude to them. No, you don’t do that.’

‘And that’s one of the reasons that I would be angry. This was in my days of raging paranoia and I warned one director, ”You ever speak to me like that again I’ll punch your face in”.’

He then quipped: ‘Obviously, I don’t do that any more.’

The screen legend also touched upon winning the Best Actor gong for his appearance in The Father during the Oscars in April.

He made headlines after seemingly failing to show up to the ceremony.

However, speaking on Lorraine in June, the iconic actor revealed that he ‘didn’t expect’ to win, explaining: ‘The contender was Chadwick Boseman, so I went to bed.’

Appearing alongside The Father director Florian Zeller, the screen star continued: ‘Well what happened very briefly: I didn’t expect to get it, at all. My phone went, and it was a text from my agent saying ‘you’ve won the Oscar’ at about 5 o’clock in the morning.’

Hopkins – who didn’t give his acceptance speech until he woke up the next morning – went on: ‘The next morning I made a little speech of thanks to the Academy and Chadwick Boseman.’

Sir Anthony became the oldest actor ever win an Oscar for his heart-wrenching performance as a man with dementia in The Father.

However, he skipped the awards show, held in Union Station in downtown Los Angeles, California, and didn’t give his acceptance speech until waking up the next morning near Port Talbot.

In his April speech, he paid tribute to the late Chadwick, who many expected to win the gong for his performance in Ma Rainey’s Black Bottom.

Boseman died at the age of 43 last August after a private four-year battle with colon cancer.