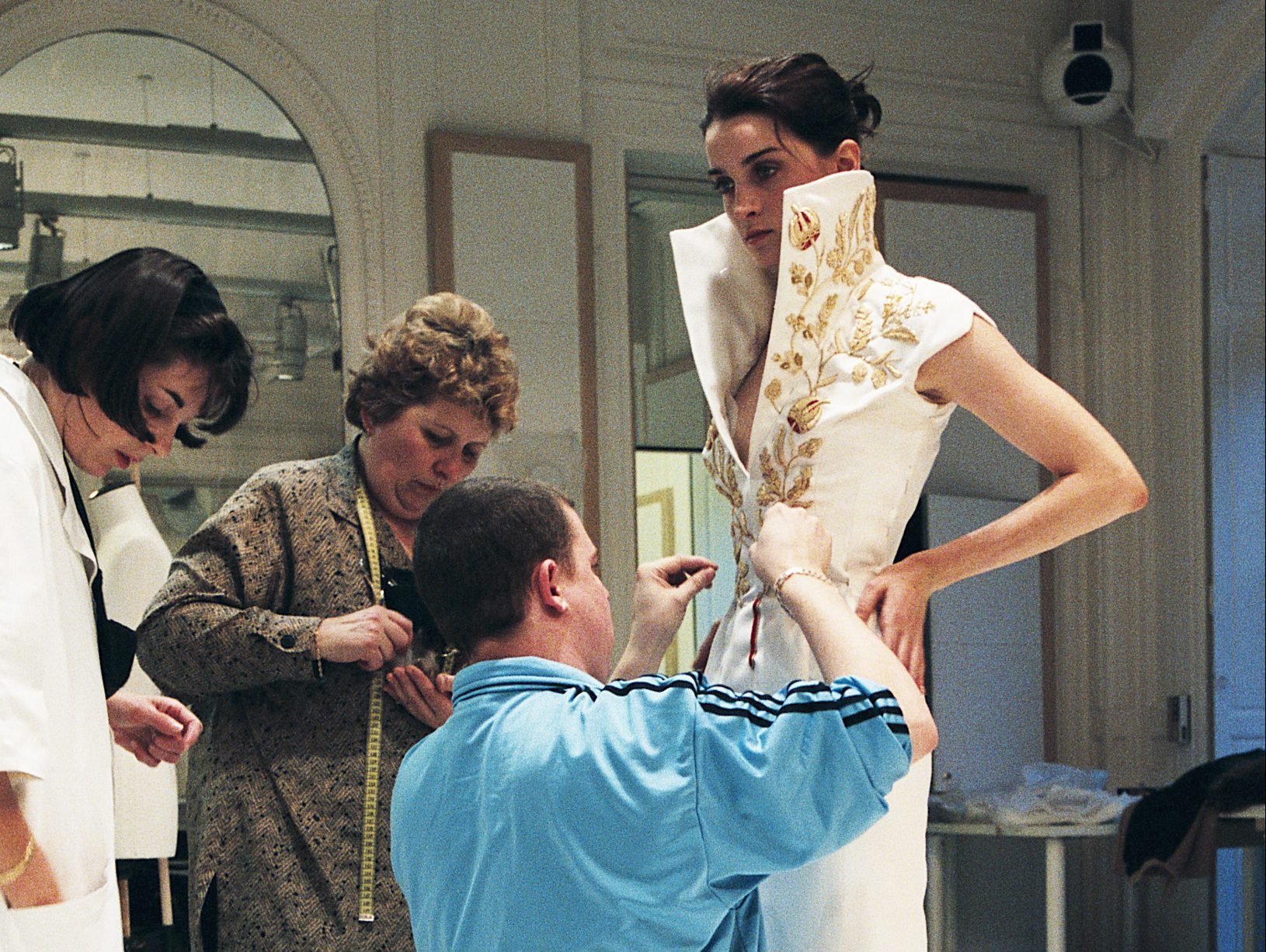 Posted at 16:27h in The Times by Kevin Maher, Uncategorized by Embankment Films 0 Comments
0 Likes

Watching this outstanding film is like being beaten round the head with a heavy bag full of diamond-encrusted Alexander McQueen skulls. It’s woozy, dreamlike and grimly compelling documentary- making that is consistently suffused with a sickening sense of dread.
Taking the life, precipitous rise and horribly premature death of the London designer as its central subject, this documentary is also a sensory experience in itself. The co- directors Ian Bonhôte and Peter Ettedgui (he made the equally dreamy Brando documentary Listen to Me Marlon) build their film on a visual landscape of skulls (chapters are separated by gloomy interstitial skull sequences) and a soundscape of near wall-to-wall Michael Nyman, hammering away, as he does, with discordant melodies that are unsettling with sheer repetition.
Expert witnesses deliver the testimonies. Family, friends and former lovers describe the boy and the man he became — an ambitious scribbler from a terraced house in Stratford, east London, who was soon cutting cloth for Savile Row tailors, then wowing at his graduation show in Central St Martins before being snapped up by Givenchy and Tom Ford’s Gucci and becoming the shock provocateur of the catwalk.
All this is knowable, and only a wiki-click away, so the film-makers dig deeper and construct a secondary portrait from masses of camcorder footage. As is frequently the case in contemporary documentary biographies (such as Asif Kapadia’s Amy), a compulsive recording culture produces invaluable supplementary material, all of it invariably almost impossible to watch. There is a lesson here — if you think that your footage might be useful to future archivists, please stop shaking the bloody camera.
With McQueen, however, the relentlessly jittery footage, mostly filmed during the designer’s Givenchy days, captures something incredibly energetic, exciting and, alas, paranoid, that more sedate frames might have bypassed. The standout runway shows, such as Jack the Ripper Stalks His Victims and Highland Rape (both, infamously, featuring models in various states of distress, but unbowed) are captured in all their abrasive magnificence.
Meanwhile, the film isn’t above taking a few swipes at some fashion-industry nitwits. “This coat is based on a tramp. You wrap it around yourself and you feel fantastic,” says one fashionista, almost directly quoting Zoolander. In the end, though, it’s McQueen’s suicide at 40 that the film is building ominously towards, and layering in sadness and personal demons along the way (McQueen was abused as child and was later HIV positive). It’s a disconcerting experience, and a tough watch, but, in many ways, essential.