Ride Like A Girl: Why you must see this Aussie movie 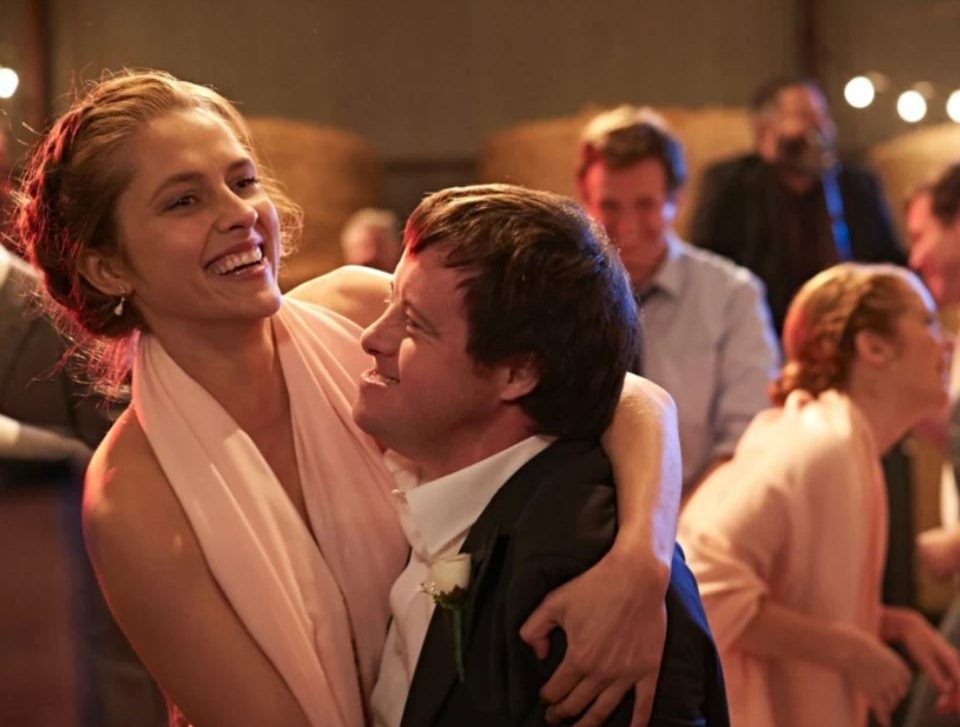 25 Sep Ride Like A Girl: Why you must see this Aussie movie

Posted at 10:20h in Uncategorized by Embankment Films 0 Comments
0 Likes

I’ll be honest, I wasn’t that excited to attend a preview screening of Ride Like A Girl.

The movie, which hits cinemas tomorrow, tells the story of Michelle Payne, who in 2015 became the first female jockey to win the Melbourne Cup.

I had an interview lined up with the director, Rachel Griffiths, and obviously was required to see the film first.

Going into the screening, I knew a little bit about Michelle, but not a lot, and assumed it would simply be a feel-good film about a young girl who managed to overcome the odds in a male-dominated industry to win horseracing’s biggest prize.

Yes, it was that, but it was so, so much more. Honestly, I absolutely loved it.

As the credits rolled in the media screening, I had tears streaming down my face, as did Channel 9 stars Sonia Kruger and Richard Wilkins who were sitting nearby.

The film stars Teresa Palmer as Michelle Payne and Sam Neill as the family patriarch, Paddy Payne. But the breakout star is Stevie Payne, Michelle’s brother with Down syndrome, who plays himself and steals the show.

Stevie, who was Michelle’s strapper on that fateful day in 2015, had never acted before Ride Like A Girl, and understandably, Griffiths was reluctant to cast him in the film.

“We heard that Stevie wanted to play himself,” the director told news.com.au. “But I was thinking about another actor, a Sydney-based actor who is extremely talented and who I hope to work with in the future. The challenge of working with him (the other actor) would have been that he just doesn’t have the equine skills (that Stevie has).

“One of the most positive messages for me in this movie is that Paddy Payne only saw the abilities of his children, he didn’t discriminate by gender or put Stevie in a special box and limit what he thought his life could be in terms of finding meaningful employment and participating as fully in life as the rest of the kids. To have Stevie say he wanted to be in it, I just thought, ‘How would the conversation go where I tell Stevie that someone could do a better job than him of playing himself?’ I couldn’t answer that question.”

Griffiths and the film’s producer invited Stevie to come in for what they called “an acting workshop”, but it was basically an audition that would determine if Stevie got the role.

What happened in that audition blew Griffiths away.

“I gave him a hairbrush and a scarf,” she recalled to news.com.au. “I said, ‘Imagine this is Prince (Prince Of Penzance was the horse Michelle rode in the Melbourne Cup) and it’s the morning of the race. What would you say?’ He took the brush and he just started brushing the scarf and he said, ‘How are you, boy? Are you nervous? Don’t be worried, you’re going to win today’.

“We were just like, ‘Oh my god!’” Griffiths said. “And then we did the beautiful scene where he asks Michelle what will happen to him if his father passes. We were crying and we thought, ‘This will do’.”

Stevie continued to impress on set when filming began, so much so that Griffiths decided to give him more screen time.

“He was so good that Elise McCredie, my writer, was watching rushes every night and she rang and said, ‘I don’t think we realised how to write for Stevie. We didn’t know what his strengths were’. She came up with three more scenes for him because he was gold.

“It was very much a father/daughter story when we conceived the film and then in the course of making it … it became a brother/sister thing,” Griffiths told news.com.au.

Ride Like A Girl hits cinemas tomorrow, and in my opinion, it’s a winner.