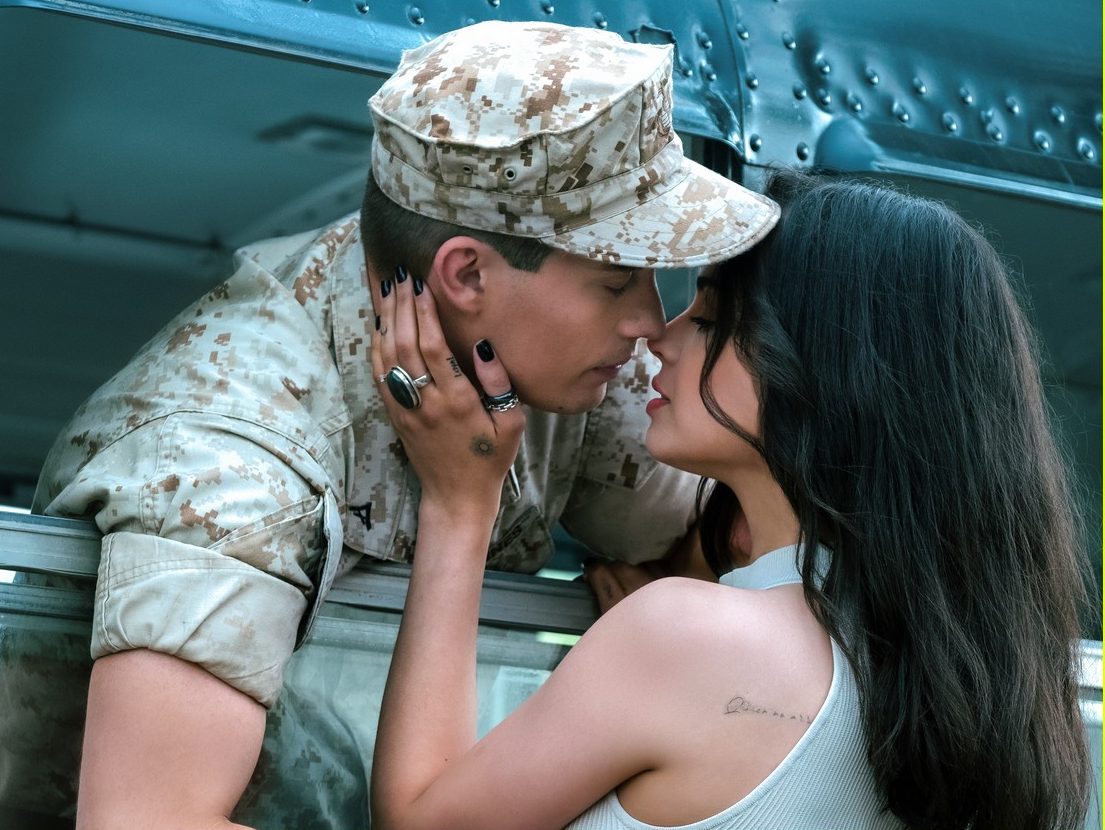 Posted at 20:20h in Forbes by Travis Bean by Embankment Films 0 Comments
0 Likes

The weekly Top 10 rankings for movies on Netflix weren’t very surprising. In first place yet again was the star-powered vampire flick Day Shift, followed by the teen drama Look Both Way starring Riverdale’s Lili Reinhart, followed by the third installment in a romantic series that has taken the world by storm, The Next 365 Days. These are the kinds of movies we expect to dominate Netflix’s Top 10 charts, week in and week out.

But in fourth place was a movie that hasn’t gotten very much attention perhaps because of its lack of star-power and hype: Purple Hearts. And, as it turns out, that movie owns the best story of the week. Because the numbers reveal that this small romance has actually had one of the best openings ever for a Netflix film.

In case you’re unaware, Purple Hearts is a humble romance starring two relatively unknown names: Sofia Carson and Nicholas Galitzine. The movie focuses on their two characters—an aspiring singer-songwriter and a troubled Marine—who decide to get married for military benefits.

Undoubtedly backed by a smaller budget than most of Netflix’s high-profile projects, it was surprising to see Purple Hearts debut in the #2 position on the Top 10 charts on July 30. Even more surprising? Purple Hearts stole the #1 spot the very next day from Netflix’s most expensive movie ever: The Gray Man.

Until today, Purple Hearts had spent every single day on the Top 10 list, including six days in first place and eight days in second. That marked a streak of 27 consecutive days on the charts—something only 28 other movies have ever done.

But that’s not the stat we care about. The more important number was the weekly viewing hours total: 23.41 million. That brings Purple Hearts’s grand total to 220.61 million—which, according to Netflix, makes it the seventh-hottest start a movie has ever had on the streaming service.

The kicker? That number will grow. As you can see, Netflix lists the highest totals for movies that have been on Netflix for 28 days. But when Netflix reported those numbers, Purple Hearts had only been available for 23 days. Which means it could easily pass giant productions like Extraction and The Adam Project.

Netflix started to report weekly viewing hour numbers in June 2021. And of the movies that have been eligible for the weekly rankings since, Purple Hearts has reported the fifth-highest total of any film—and there’s still plenty of time for that number to climb.

To give some perspective of the elite company that surrounds that total, here are the ten highest viewing hours reported since the Weekly Top 10 began:

Today marks the 28th days Purple Hearts has been available to the public. Which means on Tuesday of next week when Netflix reports its weekly numbers, we’ll find out if the film has passed Extraction and The Adam Project—two gigantic movies that star two of Hollywood’s most bankable stars—on the 28-day list Netflix keeps posted on its Weekly Top 10 site. Who could have possibly seen this coming?