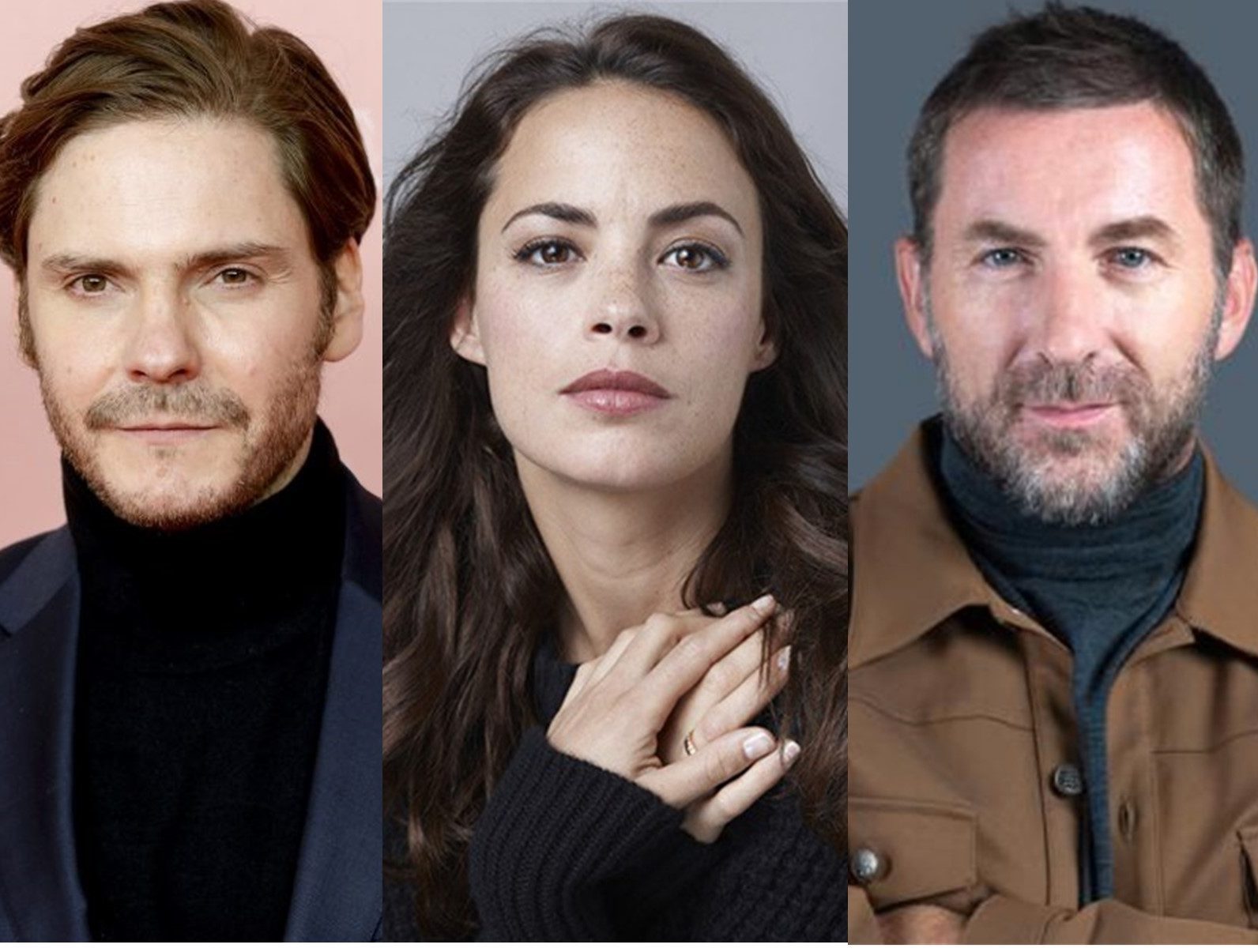 “I don’t know if the devil had any goings-on with this land, but it was truly hell on earth for a lot of people… yet for me it was heaven…”

Even in lands most hostile and remote, a seed of hope can burst into glorious life…

Drawn to the promise of a burgeoning industry, mining the nitrate salt flats of Chile’s Atacama Desert, migrant workers have created a township community that shelters their families from a harsh and precarious life – in the driest place on the planet.

Nansen (BAFTA nominee Daniel Brühl), the mine’s soft-spoken, European administrator, holds this fragile community together. Conscious that these people live on the precipice, he brings a restraint and diplomacy to his work, earning the respect of the families that inhabit the township.

And used to being alone and enduring adversity, Nansen recognises in the glamorous María Magnolia (Academy Award® nominee Bérénice Bejo) – who, despite years of hard work, remains the most beautiful woman in town – a desire for more than this life of hardship.

Maria’s passion and sophisticated taste for film, music and entertainment has led her to gracefully model herself on movie stars. While mother to five children, she still has a secret longing, an ambition she’s had since childhood – to fulfil her own dream of pursuing the arts.

She loves her children without question, and has a special relationship with her daughter María Margarita – in whom she sees herself, being reminded of the woman she could have been and the roads not taken. That sense of the unfulfilled is eating away at her and she is finally compelled to leave her family and the desert behind, in search of the bright lights of the big city.

Despite the anguish it causes him personally, and out of his love for Maria, Nansen dutifully takes on a paternal role in supporting her family, and in particular her gifted daughter María Margarita…

For though left behind, María Margarita has inherited her mother’s love for movies. She is also a gifted performer, transforming herself on stage when she recounts to her impoverished family (who can only afford one cinema ticket between them) the pictures she has seen in the town’s only cinema. Soon María Margarita becomes the community’s most prominent star.

The exotic, alien, epic worlds she discovers on screen spark in her a deep love for storytelling and, as a ‘movie teller’, she transports her audience to new worlds, allowing them to forget their toil and escape the hardship of their daily lives.

Riding into the Wild West of Ford and Leone, running the trenches of Kubrick’s Paths of Glory, seduced by the embrace of Lancaster and Kerr in From Here to Eternity and epic romance of Lean’s Doctor Zhivago, crying with laughter at the endearing comedy of Lemmon, Curtis and Monroe in Some Like It Hot. Through María’s lens and fertile imagination, these stories come alive for her people, inspiring them with the hope that they, just like Charlton Heston’s Ben Hur, can keep up their fight. In fulfilling her mother’s own dreams, María is a shining light for the people of Atacama.

And, as the changing times threaten to erode this fragile community and Nansen’s ability to keep everyone together, and despite the hardships that life throws at her, María makes a different choice to her mother – she chooses to stay, defiantly continuing to breathe life into the people of this unforgiving land, immortalising their struggle in her stories of drama, humour, adventure, romance, and courage.

The Movie Teller is a celebration of our capacity to defy even the harshest circumstances, to find love, community, inspiration, and hope where there seems to be none. Through the stories we weave we can elevate our lives with shared human emotion.