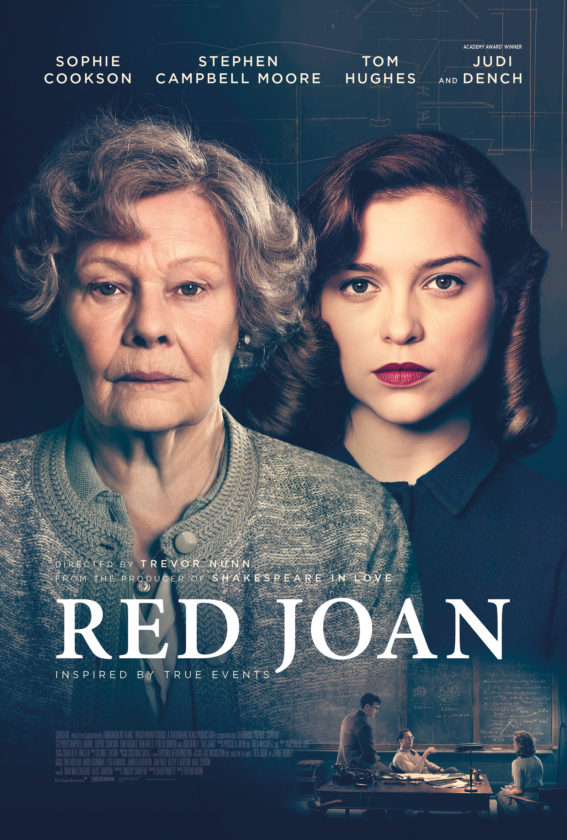 “I was a shadow in a man’s world. Invisible…but in the end, powerful.”

In a picturesque village in England, Joan Stanley (Academy Award® winner Dame Judi Dench), lives in contented retirement. Then suddenly her tranquil existence is shattered as she’s shockingly arrested by MI5. For Joan has been hiding an incredible past; she is one of the most influential spies in living history…

Cambridge University in the 1930s, and the young Joan (Sophie Cookson), a demure physics student, falls intensely in love with a seductively attractive Russian saboteur, Leo. Through him, she begins to see that the world is on a knife-edge and perhaps must be saved from itself in the race to military supremacy.

Post-war and now working at a top secret nuclear research facility, Joan is confronted with the impossible: Would you betray your country and your loved ones, if it meant saving them? What price would you pay for peace?

Inspired by an extraordinary true story, Red Joan is the taut and emotional discovery of one woman’s sacrifice in the face of incredible circumstances.

A woman to whom we perhaps all owe our freedom.