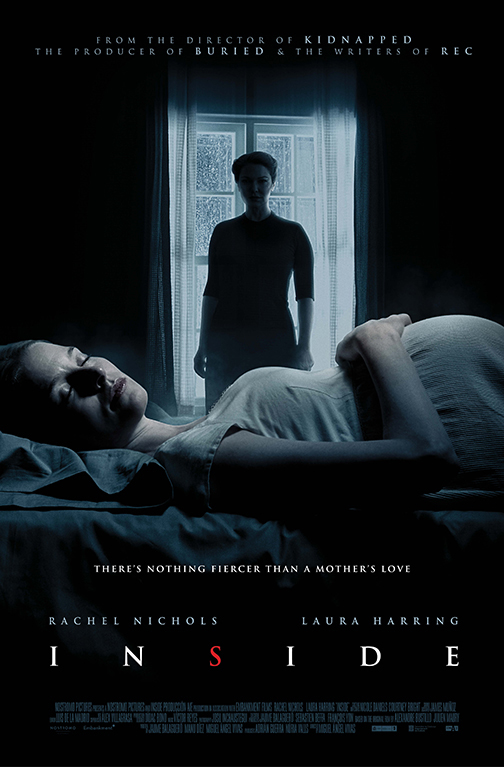 Following the internationally acclaimed The Orphanage, The Others, the REC series and Mama, Inside is a high-tension thriller, from the original minds behind Spain’s female-driven genre movement, that preys on its audience’s worst fears.

Young mother-to-be Sarah is trying to rebuild her broken life: recently widowed in a shattering car crash that left her partially deaf, with her baby’s birth uncomfortably long overdue and alone, unpacking in unfamiliar surroundings having just moved home. She can only just stay afloat.

As night descends on her deserted suburban street, there’s an unexpected arrival at the doorstep: Sarah receives a most unwelcome visitor.

Alone and carrying her baby, Sarah faces a calculating, cold-hearted and predatory woman – an adversary who will stop at nothing to snatch her unborn child.

Trapped and disorientated, barely able to hear the evil that stalks her, Sarah must unleash all her reserves of strength to protect her baby and survive the night.