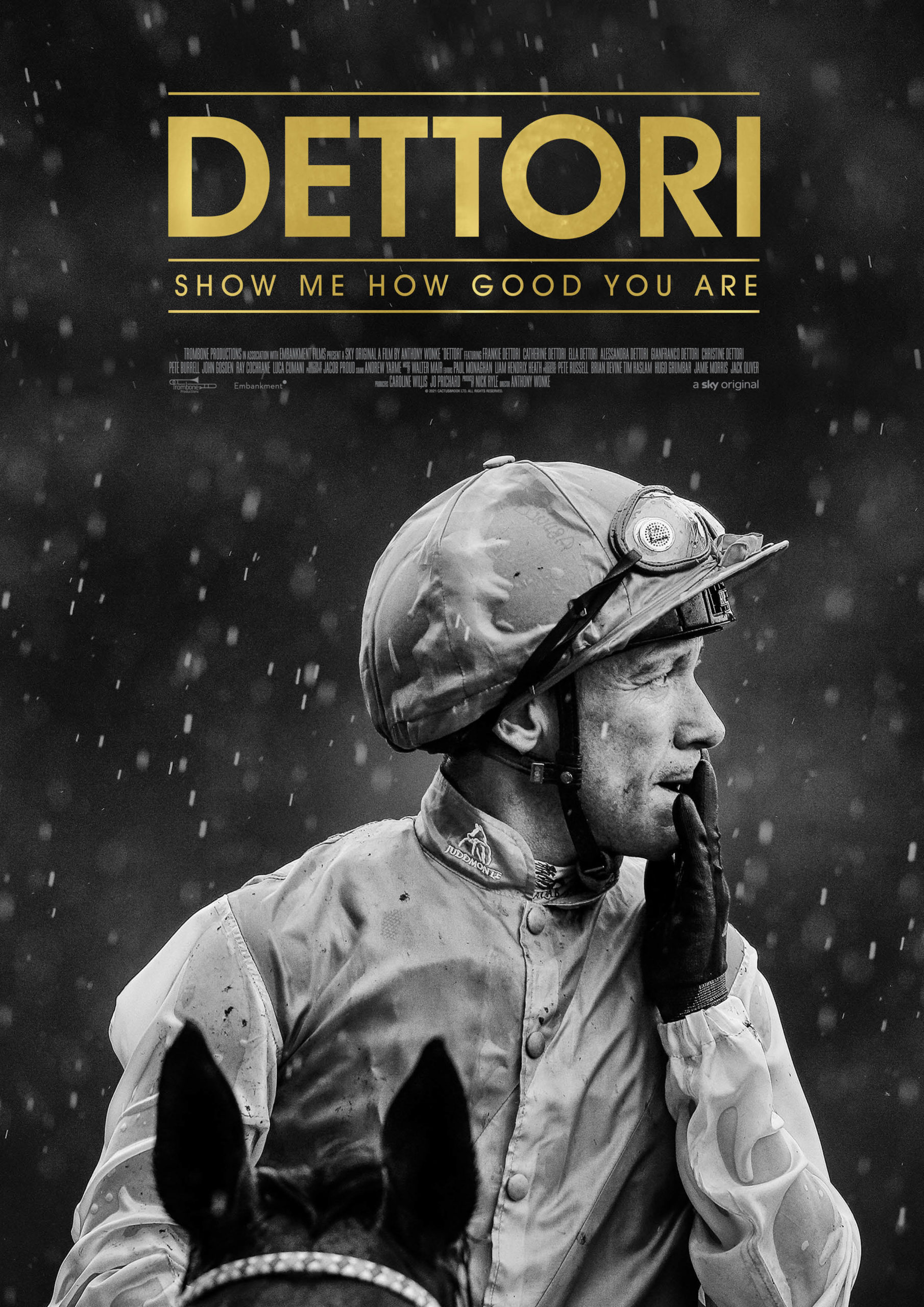 DETTORI is the exhilarating, tub-thumping celebration of inspirational jockey Frankie Dettori, the rock star of racing and one of the most decorated sportsmen of all
time. Winner of over 3000 races, and fondly seen as the happiest man on the circuit, Dettori has led a seemingly charmed life. But his true story is one of titanic struggle, transformation and renewal. When he stepped out from the shadow of his own champion jockey father, he had to overcome career threatening early injury; and when he escaped from the inferno of a deadly plane crash Frankie the superstar has had to overcome drug addiction, repeatedly pick himself up, find ‘gas in the tank’ and drive himself to new heights.
And the legendary ‘chirpy chappie’ has known sadness; fallen foul of the Machiavellian power politics of an elite racing world, shut out from riding the best horses – a devastating rejection which dominated the darkest period of his life. However, Dettori, with his inimitable charisma, determination and trademark mega-watt smile, has overcome all of this; and today, aged 48 and still the ‘top man’, our hero is perhaps finding his final redemption.
With intimate, behind-closed-doors access to Frankie and the inner sanctum of the racing world, the audience is invited into his personal life, immersed in the high-stakes world of horse racing as never seen before. Over the course of one season, we shadow Frankie’s every step as he strives for immortality by winning a record 3rd Prix de L’Arc de Triomphe on Enable, his most beloved horse.