FIGHTING FOR A CITY 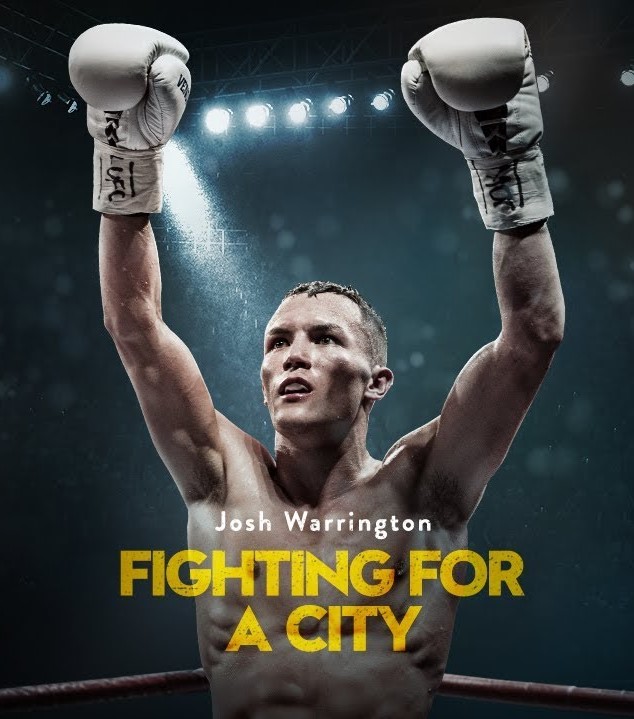 Filmed over two years, Fighting For A City follows the story of Leeds featherweight boxer, Josh Warrington, as he pursues his dream of winning the IBF world title.  Driven on by an extraordinary relationship with his fans, Josh gets his chance, overcomes injury, boxing politics and being written off by the experts along the way.

While boxing provides a backdrop to Fighting For A City, the film embraces the universal themes of sacrifice, love, ambition, pressure, joy and despair, making this multi-faceted and sophisticated feature accessible to anyone.  Fighting For A City looks at the impact of Josh’s dreams on the relationships of those around him, particularly Josh’s father, Sean O’Hagen, who is also his trainer.  This relationship is at the core of the film; at times tender, at times tense, it is unique in it’s emotional strength.

Equally extraordinary is the bond between Josh and his fans.  Largely from the working class estates of East Leeds, bowed by austerity, they see something in Josh.  The passion this relationship generates is unequalled in boxing and maybe all sport.

Over 2 years, Fighting For A City followed Josh Warrington through a series of tough fights that took him to no.1 challenger for the IBF title.   It sees him change promoters, fall out with his team, get married and become father of twins, row with his father and team but never lose sight of the ultimate aim.

Warrington is articulate, smart, emotional and magnetic.  Fighting For A City  had total access to him, his father and his team.  It was a real privilege and enabled the directors to capture his story. There is a good reason why boxing has been the subject of so many features and documentaries – no other sport throws up this combination of wonderful characters, compelling sporting drama and high emotion.  And nowhere more than on that special night in May when Josh Warrington walked to the ring at Elland Road to fight for the world title in front of 25,000 fans.

Fighting For A City was acquired for UK distribution by Universal Pictures and released in the UK in December.

It premiered as the opening night film at the Leeds International Film Festival in November 2018.

Fighting For A City won the Best Documentary Award, 2019 at the Lift Off Festival awards.