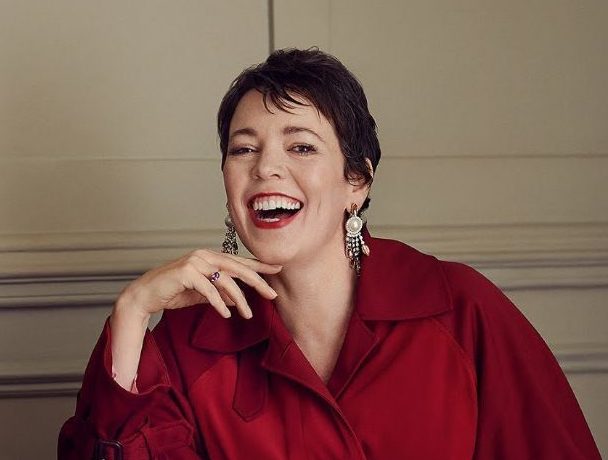 Posted at 15:24h in Variety by Leo Barraclough by Embankment Films 0 Comments
0 Likes

The deal comes as Embankment – led by Tim Haslam and Hugo Grumbar – amps up its pre-sales slate, with the recent addition of Hugh Jackman and Laura Dern to the cast of Zeller’s “The Son,” which sees Zeller reuniting with “The Father” co-writer Christopher Hampton, and news that Helen Mirren will play Israel’s legendary Prime Minister Golda Meir in “Golda,” directed by Oscar winner Guy Nattiv, and produced by BAFTA winner Michael Kuhn (“Florence Foster Jenkins”).

“Joyride” is a feel-good, foul-mouthed fairy-tale centering on two lovable rogues. Joy, played by Colman, is pissed off. She’s got a baby and motherhood does not come naturally to her. When she looks in the mirror she sees a train-wreck, and the shadow of her own neglectful mother. Twelve-year-old Mully also has a mom-shaped void in his life, and a dad who is a conman, preying on his innocence.

When Mully decides to run off with his dad’s stash of illicit cash, and steals a taxi in a bid for freedom, he is in for a shock. There’s an almighty yell from the back seat. It’s Joy, hungover and freaking out from having passed out. And she’s holding a baby. Joy and Mully go on the run – a road trip that turns into a riotous, fun adventure, and an opportunity for them to find their true selves.

The film, directed by Emer Reynolds and written by Ailbhe Keogan, is produced by Subotica’s Aoife O’Sullivan and Tristan Orpen Lynch. It starts production on June 21 in Ireland.

Haslam says the film will be a fun caper comedy but with “an incredible emotional feel to it.” He says: “It’s about an adult woman who needs to find her confidence to be a woman, and a young boy who needs to find the confidence to be a young boy, because he’s grown up too fast.” Joy and Mully are “an unlikely couple who help each other become the people they’re meant to be,” he adds.

Embankment is one of the go-to specialists for producers looking to secure financing and worldwide distribution for emotionally engaging, premium quality films for an adult audience, such as “The Wife,” starring Glenn Close and Jonathan Pryce, and Peter Cattaneo’s “Military Wives,” starring Kristin Scott Thomas.

Embankment’s journey with “The Father,” which is nominated for six Oscars – include best picture, lead actor for Anthony Hopkins, supporting actress for Colman, and adapted screenplay for Hampton and Zeller – began in late 2018. British producer David Parfitt, who had been working with Embankment on Trevor Nunn’s spy drama “Red Joan,” starring Judi Dench, approached Haslam and Grumbar with the screenplay for “The Father,” an adaptation of Zeller’s Olivier and Tony award-winning play about a man suffering from dementia.

Embankment’s eight-strong team – which includes Calum Gray, head of worldwide sales and distribution, Max Pirkis, head of acquisitions and distribution, and Greg Martin, acquisitions and distribution executive – read the screenplay overnight, and quickly came to a decision. “We were just emotionally knocked out [by it], whether we’d had experience of [this illness] or not in our lives, and irrespective of age,” says Haslam, who had worked with this subject before when he handled Sarah Polley’s “Away from Her,” with Julie Christie. “We aren’t scared of emotions in this company … We compete on emotions. We can’t compete with explosions,” he says.

Grumbar, who had seen the play, says Embankment’s job was to convey to distributors the audience’s anticipated emotional response to the film – before it was made – so that they would be able to find an audience for it.

“The subject matter was so beautifully and empathetically handled in this script. Everybody knows somebody who has had some connection with this sort of mental illness. And I think that’s very important … that relatability for audiences around the world,” he says. “So there’s an authenticity to the story. People that have seen it, who have experienced family members or friends with this, recognize the traits within the story, and it is delivered with such extraordinary performances that you’re there the entire time. It’s almost like a thriller. You’re almost discovering the story as you go along, and putting the pieces together. And that’s what’s so clever, I think.”

Grumbar pays tribute to the whole package that “The Father” offers, with top heads of department – including editor Yorgos Lamprinos, and production designers Peter Francis and Cathy Featherstone, all three of whom were Oscar nominated for the film – and its stellar talent, including Hopkins and Colman, who had just won the Oscar with “The Favourite,” Zeller and Hampton, an Oscar winner himself with “Dangerous Liaisons,” and producers Parfitt, a best picture Oscar winner with “Shakespeare in Love,” Philippe Carcassonne and Jean-Louis Livi.

Haslam describes Carcassonne – who was an Oscar nominee and BAFTA winner with “Ridicule,” and a BAFTA nominee with “Coco Before Chanel” – as “brilliant.” “He has so much historical knowledge and empathy, and such great humor, and it comes across in the film,” he says.

Haslam and Grumbar knew there would be a lot of competition for the project, so after meeting with Parfitt and Carcassonne, they quickly put together a detailed strategy setting out how they would finance it and validate any investments through pre-sales. “We just thought the whole prospect was really exciting, and if there are any brick walls, we either go through them or over them,” Haslam says.

Carcassonne brought Christophe Spadone on board as a financier, and together they greenlit the finance plan, with Film4 later adding its financial support to the project. Subsequently, Carcassonne brought in a pre-sale to France, and Embankment put in place pre-sales to around 30 territories.

Part of Embankment’s role is to identify the audience for a film and suggest a marketing strategy to reach it. “We would never deign to tell distributors what to do in their own territories. What we do is we identify what we believe is the type of audience based on a combination of deep research and gut instinct,” Grumbar says. Although market research, including analysis of the box office of similar titles, plays an important part, so too does intuition – gauging whether the storytelling is going to strike a chord with the audience. “The market is asking us to break the rules and be new and unique, and meanwhile it is asking us to provide a comparison [with past films],” Haslam says.

Zeller and Hampton have teamed up with Embankment on their follow-up project, “The Son,” again adapted from one of Zeller’s stage plays, with Jackman and Dern cast in the lead roles of parents grappling with the challenge of a troubled teenage child. Haslam says it is a “highly emotional script,” full of empathy. The film will have the power to move the audience so they come out of the theater wanting to talk about it, he adds.

This time the producers are Iain Canning, Emile Sherman and Joanna Laurie of See-Saw Films, alongside Spadone.

“Golda” came to Embankment thanks in large part to the tireless tracking of Nattiv and Kuhn’s project over several years by Pirkis. Haslam says the finished script, written by “Florence Foster Jenkins” scribe Nicholas Martin, is “brilliant.” “Michael and his team are masters of development. He would never go out with a script until it was at its very best,” he says.

The film looks at the crisis confronting Meir following a surprise attack on her country by Egypt, Syria, and Jordan in 1973. Nattiv is “an exciting, very vital storyteller, who also has a deep understanding” of Meir’s dynamic, Haslam says. “The audience is going to ask, ‘What would I do?,” Haslam says, comparing this with the audience’s post-screening discussions of the dilemma at the heart of “The Wife.” Grumbar adds that this is what they look for in a film: Can it “create a conversation when you’re walking out the cinema?”