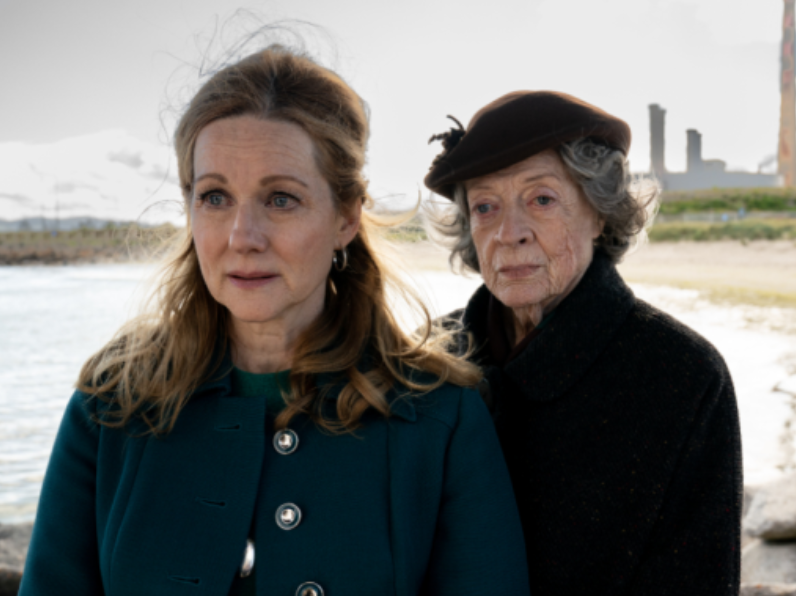 Posted at 19:06h in Variety by Manori Ravindran by Embankment Films 0 Comments
0 Likes

Variety can reveal a first look at Maggie Smith and Laura Linney in the new drama “The Miracle Club,” which has wrapped production in Ireland and is now in post.

The Dublin-shot film, which also stars Kathy Bates, centers on four Dublin women who come together on a pilgrimage to the holy city of Lourdes in France, where they discover the solidarity in their friendship and unveil their own personal miracles.

Directed by Thaddeus O’Sullivan, “The Miracle Club” wrapped over the summer at Ardmore Studios in Dublin.

Linney most recently starred in the last season of Netflix’s “Ozark,” while Smith was last in “Downton Abbey: A New Era,” where she plays the salty Dowager Countess. Bates starred in the 2020 film “Home,” directed by German actor Franka Potente.

It is produced by Josh Maurer and Alix Witlin of City Films Entertainment and Curling. Bass, Aaron Farrell, and John Gleeson and Oisín O’Neill (both from Irish financier BCP) are also producers.

Embankment have pre-sold the film to a number of international distributors, including Lionsgate in the U.K.

Tim Haslam, co-founder of Embankment, said: “Perhaps the miracles we are searching for are actually right in front of us –– and today, after a couple of years sustained by total determination, Thaddeus and our ladies now perform their own miracle – served up with their own delicious humour.”

Curling added: “Throughout the pandemic, Maggie, Kathy and Laura were collaborative encouraging and above all patient – and what a wonderful experience it was for all of us when everything finally came together this summer. As a team we also thank our fantastically supportive and patient distributors and financiers.”