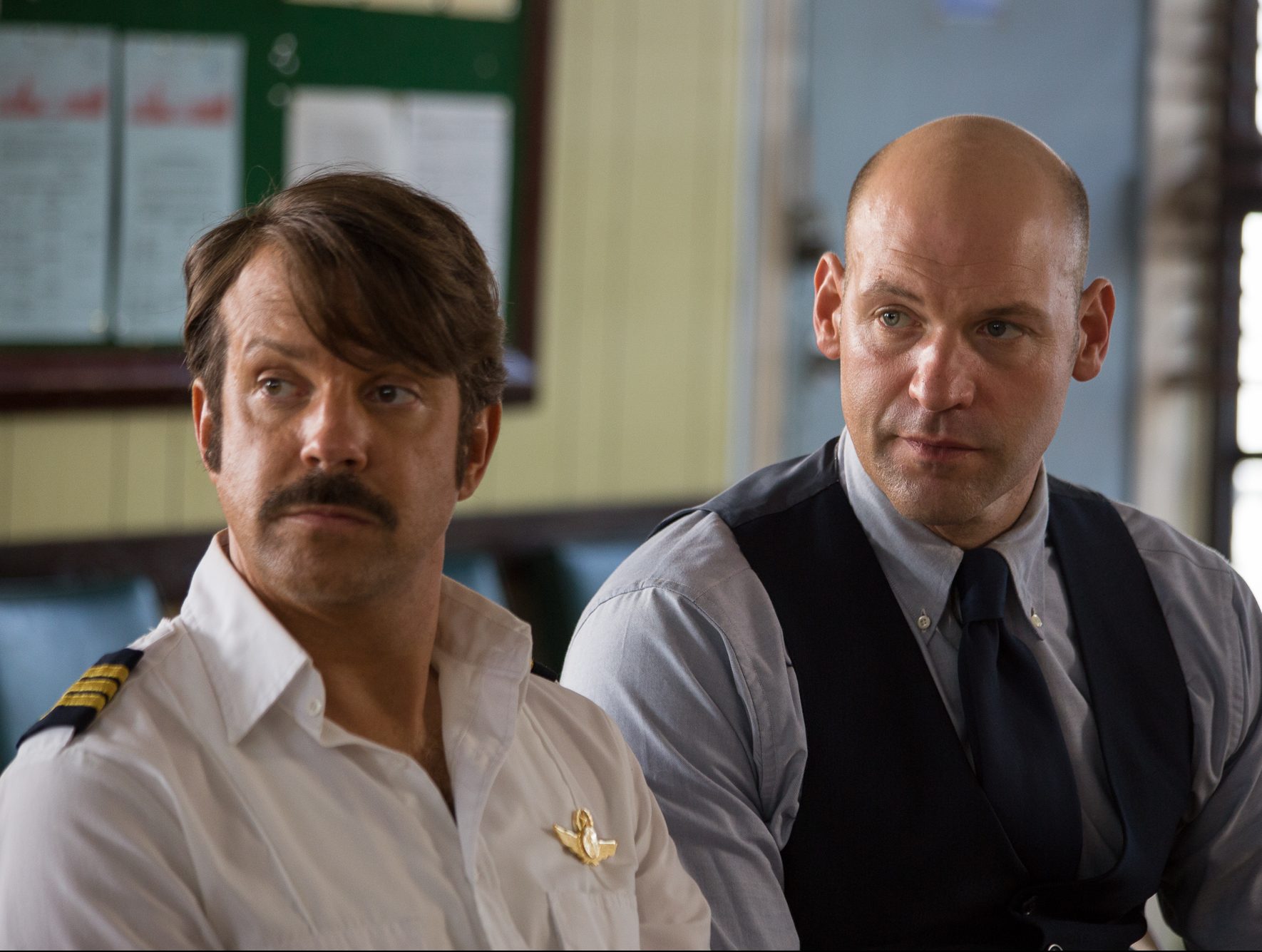 Posted at 17:17h in Deadline by Pete Hammond by Embankment Films 0 Comments
0 Likes

Closing Night films at festivals aren’t always the most prestigious slot you can get (witness the debacle of Terry Gilliam’s The Man Who Killed Don Quixote at Cannes this year), but sometimes a surprise is in store. I think that is exactly the case for Venice tonight with its closer, Nick Hamm’s wild ride about the travails of car dreamer John DeLorean, Driven. And Driven indeed the man was to create his own legacy and eponymous car after striking out on his own following a successful gig as a top General Motors executive. For years, various producers and directors have tried to crack the code of the DeLorean story only to be stymied. The closest it has come to movie immortality is as the car featured in Back To The Future. Hamm thought there was another way, and a script (from Colin Bateman) finally got it right, as Hamm told me when we sat down for drinks a couple of weeks in Los Angeles. Our conversation came after I got a first look at the film, which will also be coming here to the Toronto International Film Festival for a North American premiere Monday night, but more importantly as one of the hot items with distribution rights available.

“Well, I always thought the DeLorean story was fascinating, just fascinating,” Hamm said. “Every element of it was interesting. He was the first kind of CEO who promoted himself as part of the image of the brand. So he was the bachelor with the party and the sports car, and I think people have been trying to make it for 30 years — literally 30 years, that movie — and I can see why they all fell into the same trap. If you try and do the biopic, you kind of run aground. You get the story, but the conflict is not there. So when it was pointed out to me that there was another way in through this real lowlife, I said, well, this is great. This is a good way to obliquely tell that story, but in a humorous way.”

Inspired by true events, as the press notes say, Driven is a wickedly comedic look at a bromance gone bad. Set in the opulence of early 1980s California, the story follows the meteoric rise of John DeLorean, and his iconic DeLorean Motor Company, through his friendship with charming ex-con turned FBI informant, Jim Hoffman, who is played perfectly by Jason Sudeikis. Hoffman and his wife (the wonderful Judy Greer) live in a tony San Diego suburb and become besties with DeLorean (played brilliantly by Lee Pace) and his wife, Christina Ferrare (Isabel Arraiza). Trouble begins when Hoffman is given an easy way out of his own legal problems by setting his new friend up for an FBI agent (a great Corey Stoll). This all leads to a desperate DeLorean agreeing to a sketchy cocaine transaction, engineered by Hoffman via his own shady connection, in order to save his failing business and dream.

In real life, DeLorean died in 2005 with zero money, divorced, and with his dreams dashed. “The IRS took him for everything,” Hamm said. “Literally he had an estate in New Jersey.

He had a house in New York, and he had his San Diego estate, and he gave the San Diego estate to Howard Weitzman, his lawyer, to pay for his legal fees.” Hamm said the film, even with some sections largely invented or based on conjecture, is relevant for today. “The movie deals with, you know, to a certain extent, with truth, right? I mean, we’re living in that now. We’re living in a world where what is fake and what is real and who is what … and are you what you say you are, right? And so it has real parallels in terms of American culture, because that’s the world we’re in. That’s the world that’s the zeitgeist, and because it happened 30, 40 years it’s not irrelevant. This guy, is he Elon Musk? Who is he, you know? He was a variation of all of them,” he said.

While the story on screen is pretty wild and incredible, the story behind the making of the movie is even more remarkable since the place doubling for San Diego in the movie is actually Puerto Rico. The production after just five days of shooting got hit hard by Hurricane Maria, which devastated the island and caused the film crew to evacuate for a second time (there was a milder storm that hit early on in filming).

“I shot four days, and by that time, then on the Monday, they evacuated because there was a hurricane coming. You’ve got to get out, and what they do is they evacuate essentially all the actors and the crew, the American crew,” he said. “That was the one before — Irma. So we all go because there’s no insurance. You can’t stay, and then the hurricane misses. So we all come back. We’re all prepping, and they said, ‘look, there’s another one. There’s another one, and by the way, it’s the size of Germany,’ and it was the size of Germany. That’s what’s happening now with this place, right? These things that used to be like 10 miles across are now 150 miles across, you know, and they took us all out again. So I sat in New York for two weeks. I was emotionally, like, ‘what the hell…the movie’s over,’ and I was so depressed because I knew I had something. Like, if you hadn’t shot, the movie would never have happened. The finances would’ve pulled immediately. That would’ve been it, but because we turned over for four or five days, it kicked in a lot of the money, and also we knew we had something because it was looking good.”

When they came back there was no electricity on the island and they bought $50,000 worth of gasoline, also at a real premium. “We had our own lights, as you know, because it’s a generator, and when you drove to set in the morning or you drove back at night, there’s no traffic lights. There’s no cops. There’s no things across the road…on my God the whole neighborhood was gone. We had to fix just that little bit. You had to cheat it, and you had to go, okay, give me that angle there, and I’ll shoot and then what happens, as a director, you become very precise. You can’t afford to miss anything. In other words, you’re so focused on your own work,” he said about the adjustments that are made when your whole location essentially blows up on you. “

It was madness but I think that is what makes the best movies, isn’t it?” he said.

Hamm and company (Brad Feinstein’s Romulus Entertainment was a key financier involved) are bringing it to Toronto after tonight’s Venice premiere in order to sell it. Hamm, who was in Venice before with The Journey, is happy to be back. “I really like it, and this is such a fun kind of movie to close it with,” he said. Of course the real work is now finding it a home which they hope to do in Toronto early next week. Whatever will be, will be. Having seen it and I can say this film turned out beautifully and is wildly entertaining, and the fact that it got finished at all to even get to this point is the kind of miracle only a dreamer like DeLorean could appreciate.