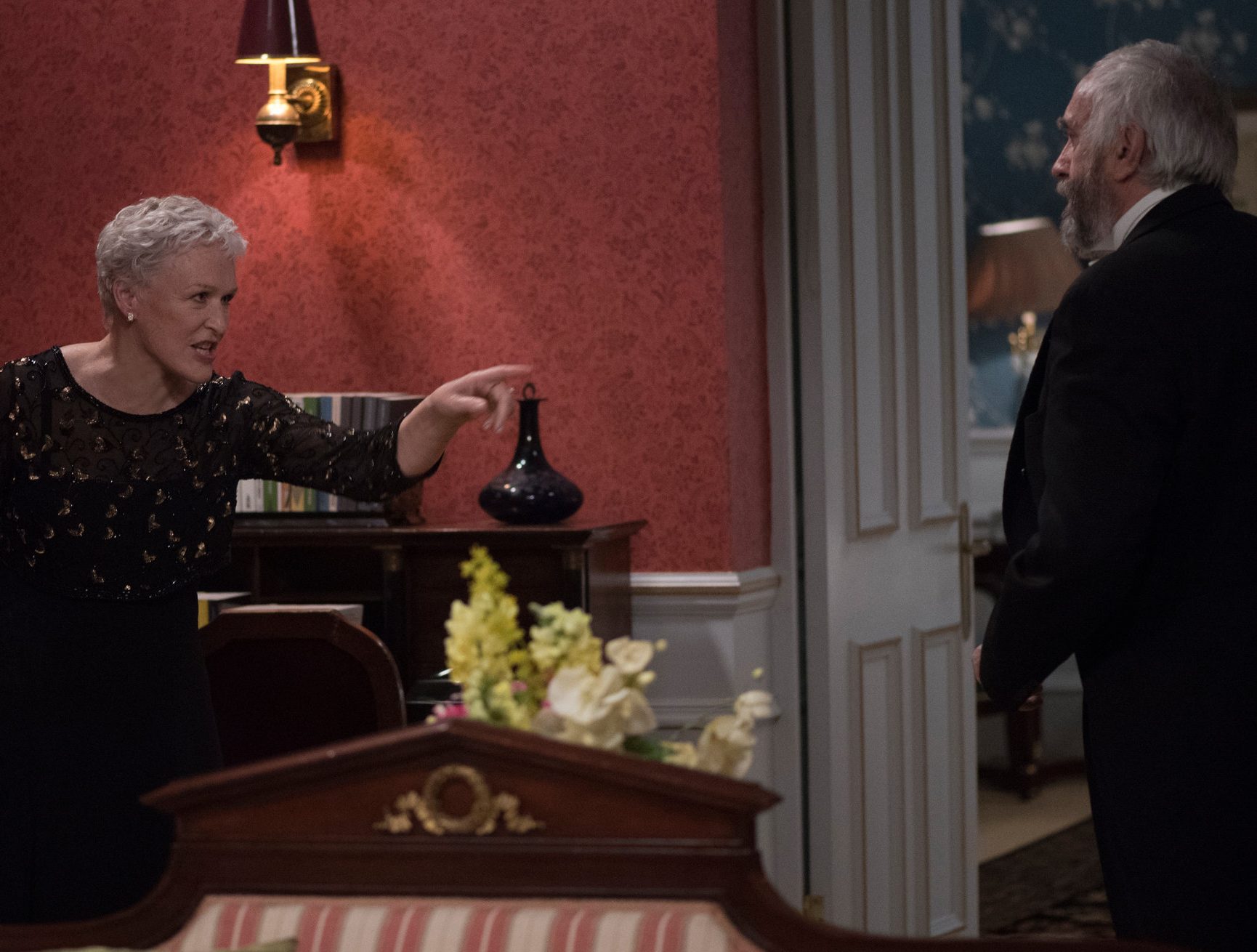 Posted at 17:13h in The New York Times by Meg Wolitzer by Embankment Films 0 Comments
0 Likes

I’m not sure how it is for most novelists, but when I create characters, their faces always look a little blurry to me. Though I come to know who these people are in the important ways — their general physical selves and how it feels to be around them; how their presence in a scene changes the emotional room temperature; who or what they love or desire — still their facial features remain indistinct, as in a dream. This blurriness is never a real problem. It’s not like being unable to, say, find a friend at a crowded restaurant or pick out your own child across a playground.

While I always try to burrow into my perceptions in order to create characters, I am stopped short of actually visualizing them with police-artist precision. For me, facial blurriness comes with the territory, and I’ve grown accustomed to it over the years I’ve been writing fiction.

Twice I’ve had the good fortune to have my characters take on a big-screen physical specificity. My 1988 novel “This Is Your Life” was adapted for a feature film; it became “This Is My Life,” the first film Nora Ephron directed, co-written by Nora and Delia Ephron, and starring Julie Kavner as a stand-up comedian. Now, my 2003 novel “The Wife” is a film for which Glenn Close, playing the title character, won a Golden Globe and a SAG award and was nominated for a Bafta and an Academy Award. All of this is heady, effervescent stuff for a novelist.

I attended the premiere of “The Wife” at the Toronto Film Festival, sitting in a cluster that included Close, and during the standing ovation at the end of the film, I felt a particular kind of excitement. It wasn’t just the generic Hollywood feeling to which many of us are susceptible. The face for which I had created the outline had been filled in, saturated with new meaning.

The book (and the film) is about the long marriage between Joan and Joseph Castleman. He is a much-celebrated American novelist who, in the film, wins the Nobel Prize in Literature; in the book it is a made-up award called the Helsinki Prize, which I describe as slightly less grand than the Nobel but still hugely important. (My older son is convinced that part of the reason I write novels is so I can make up the names of things like prizes, rock bands, television shows and breakfast cereals.) Together they travel to Europe for the ceremony. In both book and film, Joe Castleman is an unreconstructed narcissist who believes his own publicity.

The novel is told from Joan’s point of view, and I worked to give her a voice of controlled rage and pissed-off humor. Near the beginning, she describes her husband as “one of those men who own the world. You know the type I mean: those advertisements for themselves, those sleepwalking giants, roaming the earth and knocking over other men, women, furniture, villages. … There are many varieties of this kind of man: Joe was the writer version, a short, wound-up, slack-bellied novelist who almost never slept, who loved to consume runny cheeses and whiskey and wine, all of which he used as a vessel to carry the pills that kept his blood lipids from congealing like yesterday’s pan drippings … who had no idea of how to take care of himself or anyone else, and who derived much of his style from ‘The Dylan Thomas Handbook of Personal Hygiene and Etiquette.’”

The film has no voice-over to stand in for a first-person narrative. Instead of hearing a stream of piquant and sometimes skewering reflections on what it’s like to be the invisible wife of a supposed Great Man, we are given something different, and equally powerful: Glenn Close’s face. Audiences are treated to the many, many shades of feeling that Close expresses, sometimes through the barest eye movement or slight lift or droop of a lip. How does she do it? I kept wondering, just as people marvel at how fiction writers give characters that authentic human sense, somehow managing to whoosh life into them.

As a teenager I spent a summer at a performing arts workshop in the Berkshires, which later became the jumping-off place for my novel “The Interestings.” When I acted in plays there — whether by Lorca or Thornton Wilder — I spoke my lines in what I can only call my Katharine Hepburn voice, inappropriate though it was. Soon enough, I realized it was much easier for me to locate “voice” when writing fiction than when performing the part of the old woman in “The House of Bernarda Alba” or playing Hollow Man No. 3 in a staged mash-up of T. S. Eliot poems. Because “The Wife” is so voice-fueled, I would never have imagined that the film version would come to depend so much on the face. It’s hard to look away when Close is onscreen.

She has a wonderful co-star in Jonathan Pryce, who plays Joe, but the pull of the movie, the true imperative, is with Joan, as the title tells us it should be. Joan is an older woman who has lived in the shadow of the male “genius” over all the years of their long marriage. The Swedish director Bjorn Runge lets the camera linger not on Joe, where it has stayed for most of their life together, but on Joan. While my novel is about what Joan tells us, the film, as people have noted, is really about what she doesn’t tell us — at least not for a while. Her face can be cryptic, intriguing, unsettling. As I watched “The Wife” in that concert hall in Toronto, I felt myself tensely sitting there waiting for the torrent, the spew, the things that the wife has been keeping inside that head, behind that face.

I’ve always felt that novels are like Advent calendars; the novelist gets to decide which particular door is the best one through which to enter. In writing “The Wife,” I knew from the start that I wanted to tell the story of the spouse of an emotionally bloated male novelist, through his wife’s experience. So I let her rip.

In the screenplay (adapted by the screenwriter and playwright Jane Anderson, who won an Emmy for her TV version of Elizabeth Strout’s “Olive Kitteridge”), not only has the Helsinki Prize been notched up to the Nobel, but also, Joan’s verdict on her marriage comes far later. That makes for a different kind of drama. In the book she tells the reader from the start where things stand between Joe and her, and then she gets a chance to describe what it’s been like for her over the years. The great difference between my book and the film is that in the book, Joan Castleman tells her own story. The “I” voice allows her to do that. In the movie, Joan’s face does the work.

The first time I saw “The Wife” — it hadn’t been released yet — I’d been sent a link and a passcode, and wanted to see it by myself. I had no idea how I would feel. As soon as I saw the face of this actress, I felt as if I were watching a home movie I hadn’t known existed. There was Glenn Close, she of “Fatal Attraction” and “Damages” and “Dangerous Liaisons” and “The Big Chill”; she of “The World According to Garp.” But now she was Joan of “The Wife.” She was my Joan. We were connected through the strange alchemy that is the transformation of book to film.

What is it that happens to you, the writer, when the blurry face you’ve lived with for years is sharpened into specificity? And when the person playing your character has a face so familiar to you that you won’t ever be able to think of your character again in a more impressionistic form? What happened to me is as simple and as complicated as this: One of my characters will always be someone I know as my own invention, and now, in addition, she will always have the face of Glenn Close, the person who became Joan Castleman.