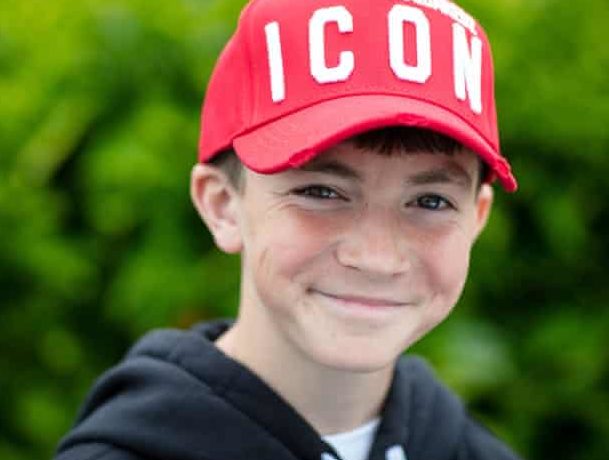 Posted at 09:13h in The Guardian by Dalya Alberge, Uncategorized by Embankment Films 0 Comments
0 Likes

An Irish teenager has been plucked from obscurity and cast alongside Olivia Colman, one of the industry’s most sought-after actors, as the lead characters in a feature film that begins shooting this month.

Fourteen-year-old Charlie Reid, from County Kildare, is said to be “absolutely thrilled” to have been picked to play a 13-year-old “scallywag” opposite Colman, who won an Oscar for her portrayal of Queen Anne in The Favourite and whose acclaimed performances include Queen Elizabeth in the Netflix hit The Crown.

The new feelgood film, called Joyride, centres on Joy and Mully, two troubled souls who forge an unlikely friendship and embark on a riotous adventure. Film-makers found Reid after “a huge hunt” involving about 1,500 applicants.

Speaking to the Guardian, the film’s director, Emer Reynolds, said of Reid: “He has pure, raw talent – and that special something that all great actors have.”

Casting his character had been difficult because they wanted a teenager who could not only act and sing but exude confidence and vulnerability.

The film’s co-producer Aoife O’Sullivan, of Subotica, one of Ireland’s leading production companies, chose Reid after watching hundreds of taped auditions. “I immediately thought he had something special,” she said.

Before rehearsals, Colman met Reid last week over Zoom, having been impressed by his audition tapes. “He totally blew me away,” she told the Guardian. “He’s clearly got it all. I’m going to have to really up my game. I can’t wait to work with him.”

Reynolds, who sat in on the meeting, said: “Olivia was complimenting him on his natural talents and how wonderful she thought he was for the part. He has what Mully has, that really beguiling combination of confidence and vulnerability. She was giving him advice about shooting out of order and learning his lines, and that they’ll be an ally for each other. The film is based on their relationship [as] the main characters.”

O’Sullivan said he would play a rascal who is also kind. “His father in the script is leading him down the wrong path. He is a thief. His mother has died and he’s at a very vulnerable point in his life where he could follow in his father’s footsteps or go the right way.”

In real life, Reid’s father, Dominic, is an entity support manager, who spoke of his son’s passion for the theatre. Asked about the casting, he said: “He’s just thrilled … As a parent, to see your 14-year-old smile from ear to ear is pretty incredible.”

Until the pandemic, his son had been a regular performer in amateur theatre with dreams of a professional career.

Elaine Grainger, a casting director, found the young star in conducting “a long, hard search”, which proved to be a “mammoth task” because it involved so many children with repeated taped performances that needed to be coordinated and watched.

Embankment Films has arranged financing and is executive producing the film, following its success with The Father, which was nominated for six Oscars this year, including best picture, lead actor for Anthony Hopkins, adapted screenplay for Christopher Hampton and Florian Zeller, and supporting actress for Colman.

Reynolds won an Emmy for outstanding science documentary in 2018 for her film The Farthest: Voyager in Space. Joyride is her first narrative drama feature as director, and she spoke of feeling “incredibly privileged and honoured” in being able to cast Colman, who had responded immediately to the script by Ailbhe Keoghan.

Reynolds described it as “a big-hearted, wickedly funny and emotional story about hope and forgiveness … set in the wilds of gorgeous County Kerry”, where they will be filming.

Noting that Reid wants to pursue an acting career, she said: “I feel confident that this will be the beginning of an incredible journey for him.”