In the Name of the Father: With ‘The Son,’ Hugh Jackman’s Best Actor Oscar Moment Has Arrived 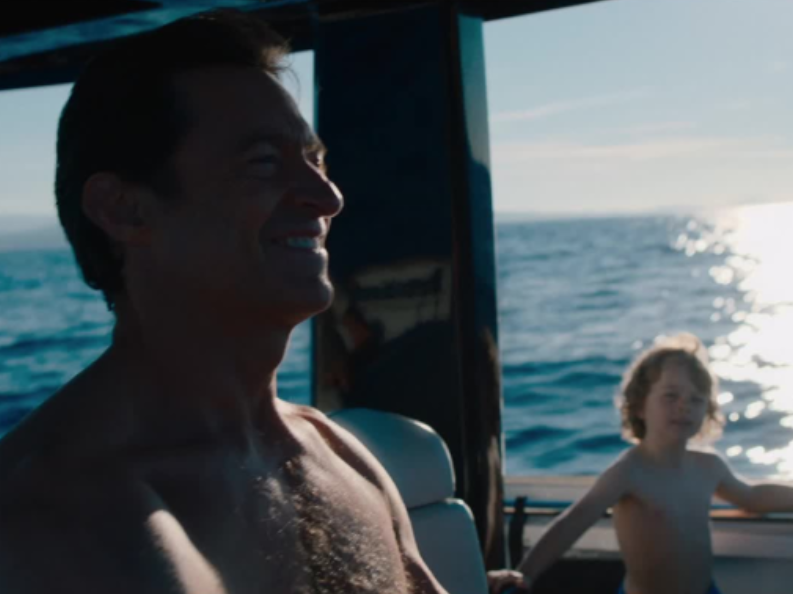 08 Sep In the Name of the Father: With ‘The Son,’ Hugh Jackman’s Best Actor Oscar Moment Has Arrived

Posted at 09:55h in Variety by Clayton Davis by Embankment Films 0 Comments
0 Likes

If you thought Florian Zeller’s debut film “The Father” was a downer, get ready to fill your handkerchiefs with tears and nose fluids as the credits roll on his sophomore effort, “The Son.” It might be a bruising watch, but the perfectly modulated drama will be an across-the-board contender in all categories including best picture. And it’s a film that puts Hugh Jackman at the forefront of the best actor race for his remarkable performance as a father struggling to help his troubled teenage son (newcomer Zen McGrath).

“The Son,” which debuted at the Venice Film Festival, tells the story of Peter (Jackman), a hard-charging lawyer who agrees to have his son Nicholas (McGrath) live with him after the kid gets in trouble with his school. Their reunion takes place years after Peter divorced Nicholas’ mother (Laura Dern) and started a new life with his second wife Beth (Vanessa Kirby) and their baby. As the film unfolds, Peter slowly begins to recognize the agonizing torment living within his depressed child.

Jackman, one of the most beloved performers in the entertainment industry, only has a single Oscar nomination to his credit, for the musical “Les Miserables” — as well as a list of notable snubs that include “Logan” and “Prisoners.” That means the perpetually overlooked star may be hurtling toward his long-awaited moment with the Academy for a performance that allows him to plumb the kind of emotional depths usually reserved for Greek tragedies.

But that only comes towards the final moments of the film. What makes his performance all the more impressive is that for most of “The Son,” Jackman is meticulously reserved, internalizing the frustration of a man seeking a quick fix for his son’s deeply rooted mental health issues. Parts of the performance are reminiscent of his own career-best turn in the criminally ignored “Prisoners” (2013). It’s a performance suffused with the kind of roiling frustration and mounting desperation that reminded me of previous best actor nominees such as Jude Law in “Cold Mountain” (2003) or Adam Driver in “Marriage Story” (2019).

Writer and director Florian Zeller has quickly become one of the most exciting visual storytellers in the game. His ability to make a central location feel just as vital as the actors that are inhabiting them is quite striking. In this case, much of the film takes place in Jackman’s modish Brooklyn apartment, a light-filled place that gradually feels more stifling. Like “The Father,” which similarly made great use of the protagonist’s living space, don’t count out the technical wizards for production design, cinematography and film editing to break through.

Of course, reigning champion for original score Hans Zimmer (“Dune”) is back in the thick of the race again with “The Son,” demonstrating restraint in pivotal moments and knowing when to allow the groundswell of strings to take over. A previous winner for “The Lion King” (1994), the composer is on the table again in a significant way.

Sony Pictures Classics will be all-in on the movie and its awards campaign. They’ll have the difficult task of lifting both Laura Dern and Vanessa Kirby into the supporting actress lineup. Dern has the more “traditional” role that tends to land acting noms, and could benefit from a key scene with Jackman in a restaurant where she picks at the scab of their failed relationship. Plus, Dern, an Oscar winner for “Marriage Story,” is a cherished figure in Hollywood.

However, Kirby is reinventing the wheel of acting with a masterfully executed physical portrayal, one that shows her mounting alarm at Nicholas’s behavior and her maternal protectiveness for her newborn. Coming off her first nom for her brave performance as a grieving mother in “Pieces of a Woman” (2020), like Jackman, she presents a masterclass in internalization. In fact, I believe her “Oscar clip” is a wide-eyed stare she gives to Jackman in an emotional scene in the couple’s apartment. Truly heartbreaking.

If there’s any category that’s been open to two actors from the same film, it’s supporting actress with 33% of Oscar lineups having two or more women from the same movie with nearly half eventually becoming winners like Melissa Leo (“The Fighter”) and Octavia Spencer (“The Help”). One obstacle is there will be multiple films trying to secure two noms from the same film such as “She Said” (Jennifer Ehle and either Carey Mulligan or Zoe Kazan), “The Woman King” (Lashana Lynch and Thuso Mbedu) and “Everything Everywhere All at Once” (Jamie Lee Curtis and Stephanie Hsu).

What a discovery Zeller has made with the young McGrath as the titular son. In his debut role, McGrath gives, what is in my opinion, the best performance in the movie. He’s able to channel the endless faces that suffer from depression (I myself am one of those faces). Brave is too trivial a description for what he achieves here. It’s damn near flawless, reminiscent of past winners like Timothy Hutton in “Ordinary People” (1980). McGrath will likely compete in the best supporting actor category even though the role straddles the line between lead and supporting.

Coming off his second win for co-writing “The Father” with Zeller, Christopher Hampton’s latest collaboration with the playwright could bring him back to the fold, especially given the fact that the adapted screenplay category looks a little light.

The main challenge for Sony Pictures Classics is to make sure that enough awards voters give the film a proper shake. “The Son” will be one of the multiple entities in the race that deals with heavy subject matter.

But I say, keep bringing it, Zeller. The race is underway.