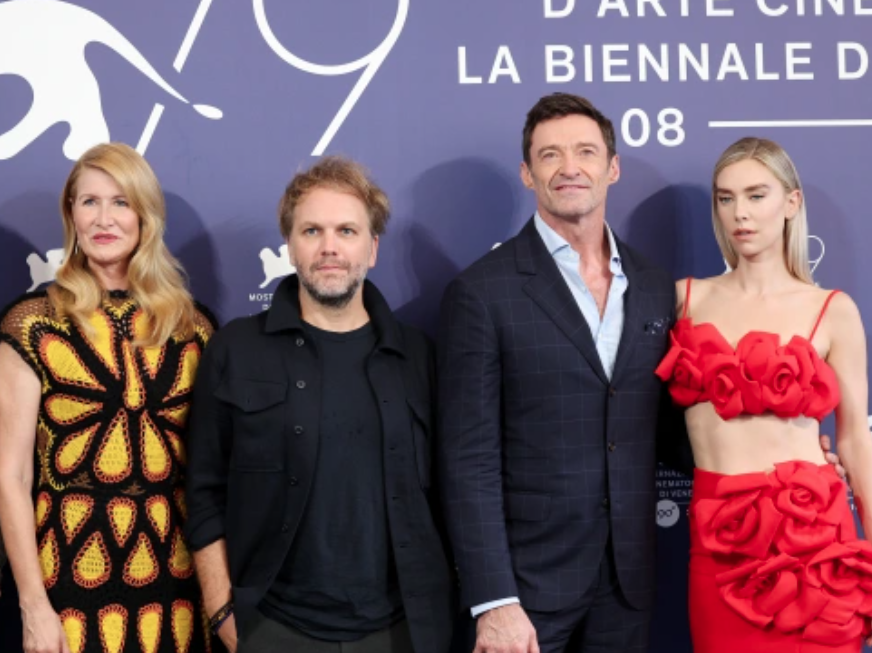 Posted at 17:21h in Deadline by Nancy Tartaglione by Embankment Films 0 Comments
0 Likes

The Son star Hugh Jackman told the Venice press corps today that his role in the film has had an impact on how he behaves with his own kids. “For many, many years as a parent the job was to appear strong and dependable and never worried and I don’t want to burden my children. But certainly since this movie I’ve changed my approach. I share my vulnerabilities more with my 17- and 22-year-old and I see their relief when I do.”

Jackman is on the Lido for the world premiere in competition of Florian Zeller’s follow-up to his 2020 Oscar-winning The Father. As with that film, The Son is adapted from Zeller’s own stage play with Christopher Hampton.

The story follows a family as it struggles to reunite after falling apart. The film centers on Peter (Jackman), whose hectic life with his infant and new partner (Kirby) is upended when his ex-wife Kate (Dern) appears with their son Nicholas (McGrath), who is now a teenager. The young man has been missing from school for months and is troubled, distant and angry. Peter strives to take care of Nicholas as he would have liked his own father to have taken care of him. While juggling work, his new baby, and the offer of his dream position in Washington, he loses sight of how to hold onto Nicholas in the present.

Zeller commented today, “We all share the same dilemma. It is so difficult to make the right decision as a parent. In this situation they make the wrong decision thinking they can fix it by themselves… There is a moment when it’s okay to accept being powerless and impotent.”

For Jackman, “The movie really does see how isolated, particularly around mental health issues, people get. There is a shame, there is a guilt, there is an intense desire to fix things… But realizing our powerlessness, and I can relate to this as a parent, admitting and leading with that vulnerability leads to the possibility of really actually being able to understand and empathize with those people around you, to walk in their shoes and to have real honesty… Hopefully the movie does start conversations, hopefully the movie reminds us to never worry alone.”

Jackman also noted that when he read the script for The Son he had “a feeling like a fire in my gut, it was a compulsion… A feeling you rarely get as an actor: This part is for you and you must play it.”

Sony Pictures Classics will release The Son on November 11 in New York and Los Angeles before expanding domestically and in select international markets.