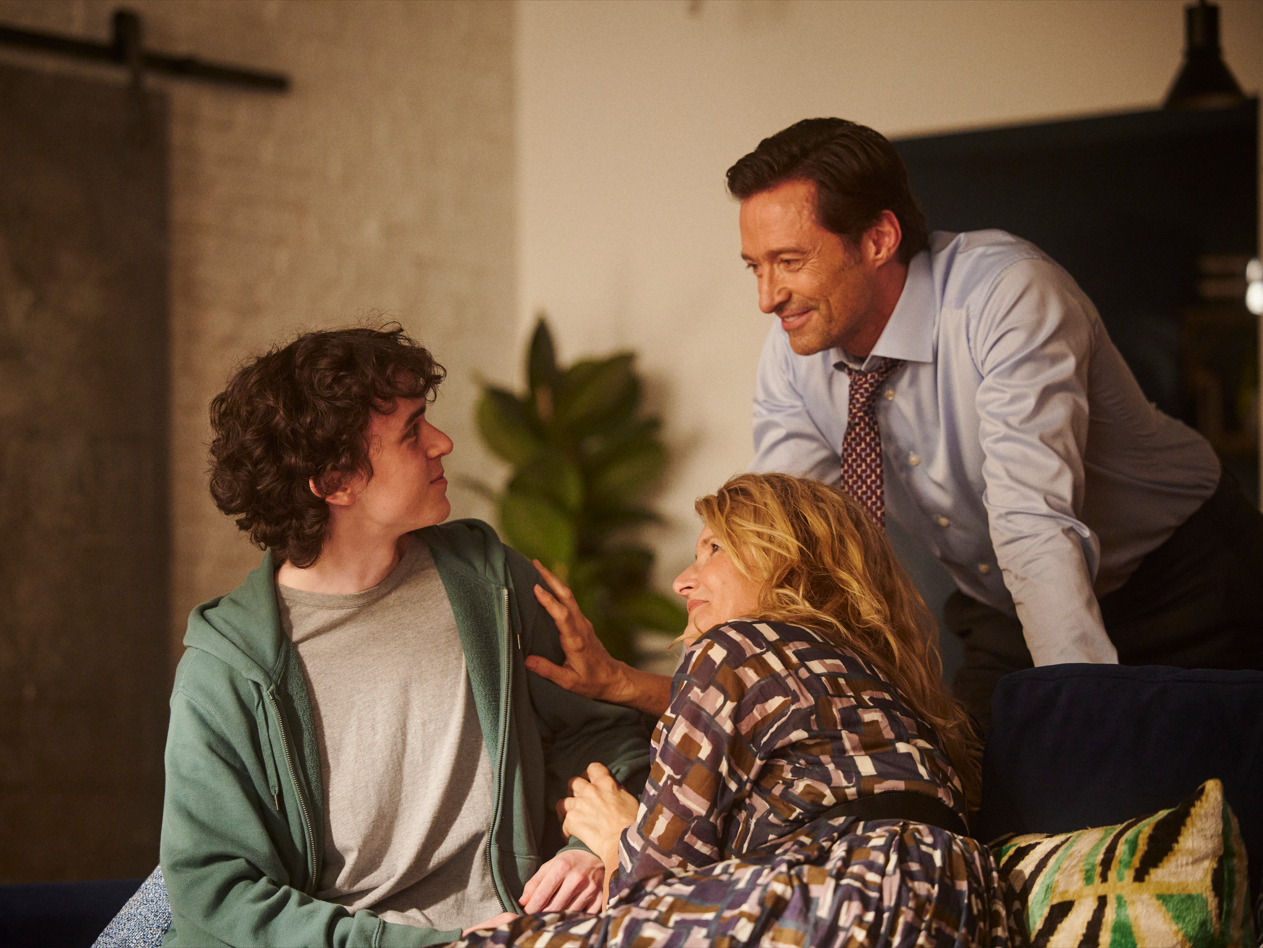 Posted at 17:30h in Variety by Naman Ramachandran by Embankment Films 0 Comments
0 Likes

Florian Zeller and the cast of his “The Son,” including Hugh Jackman, Vanessa Kirby, Laura Dern and Zen McGrath, addressed the issue of mental health, the film’s central subject, ahead of its world premiere at the Venice Film Festival.

The film, Zeller’s follow up to his Oscar-winning “The Father,” is an adaptation of his own stage play. It focuses on Peter (Jackman), whose busy but happy life with his infant and new partner Beth (Kirby) is disrupted when his ex-wife Kate (Dern) informs him about their teenage son Nicholas (McGrath), who has been missing from school for months and is disturbed.

Addressing a press conference at Venice, Zeller said that he wanted to “explore these very emotional territories in a very honest and humble way” and that his work with the cast “was such a joyful, truthful and intense journey that we shared.”

Jackman said: “The movie really does see how isolated – particularly on mental health issues – people get. there is a shame, there is a guilt, there is an intense desire to fix things. And then somehow as a father or as a mother or as a friend, it’s my job to fix it.”

Jackman added meeting with vulnerable people leads to the possibility of really being able to understand those with mental health issues and walk in their shoes. “These mental health issues are a crisis everywhere in the world, and no one is immune to it,” Jackman said, adding that since working on “The Son,” he has changed his approach and shares his vulnerabilities with his 17 and 22-year-old children and sees their relief when he does it.

Kirby said “each individual character has their own set of internal turmoil, an inability to express how they felt,” and she feels “inspired by movies that ask those questions.”

Dern added “As we walked through the pandemic, I’ve been reading that the greatest crisis that has come through this time is the epidemic of mental health, particularly in adolescents and young adults right now, throughout the world – the numbers are so shocking.”

“We all want you to feel community in this larger conversation you must be having about mental health. And still we will always feel alone as well. And that’s this duality of living and growing as people,” Dern added.