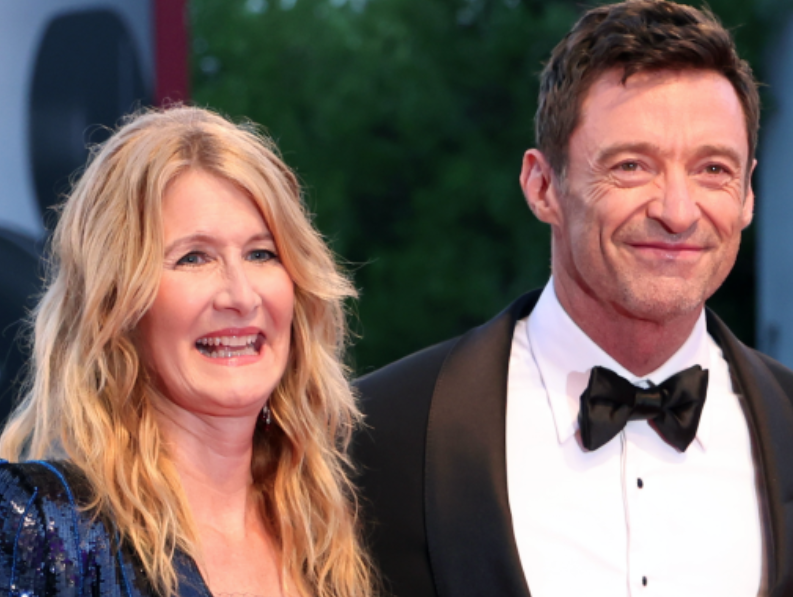 Hugh Jackman and Laura Dern devastated the Venice Film Festival with the world premiere of Florian Zeller’s “The Son,” which earned a 10-minute standing ovation. Jackman appeared visibly moved during the film’s reception, as did the audience. Jackman hugged his young co-star Zen McGrath amid the ovation. The film, which centers on a gut-wrenching family tragedy, led to audible gasps from viewers during one dramatic scene. Based on this rapturous reception, Zeller might be back for more Oscar glory with “The Son.”

“The Son” centers on “a family as it falls apart and tries to come back together again,” according to Sony Pictures Classics’ official synopsis. Jackman stars as a father whose 17-year-old son comes to live with him after deciding he can no longer stay with his mother (Dern) years after his parents’ divorce. Jackson’s character, Peter, has a new partner, Vanessa Kirby’s Beth. Peter overextends himself to give his son a better life.

Jackman and Dern were both in attendance at the Venice premiere alongside Vanessa Kirby. Anthony Hopkins – who won an Oscar for his turn in Zeller’s last film, “The Father” – didn’t make it all the way to Venice, but he has a spirited cameo in the film, playing Jackman’s distant yet very outspoken father. Sarah Ferguson walked the film’s red carpet, while Steve Buscemi was spotted in the cinema. He’s currently in Venice with his directorial outing “The Listener.”

In his review of “The Son” out of Venice, Variety film critic Peter Debruge wrote, “Instead of merely wrenching us emotionally — which ‘The Son’ will inevitably succeed in doing anyway — it wants to get audiences thinking…in watching ‘The Son’ play out, this family’s tragedy becomes our own, and Zeller’s warning becomes impossible to ignore.”

Variety awards editor Clayton Davis wrote in his analysis of “The Son” that the film is a certified Oscar contender, adding, “It’s a film that puts Hugh Jackman at the forefront of the best actor race for his remarkable performance as a father struggling to help his troubled teenage son.”

Playwright Zeller became a breakout directing talent with “The Father,” which earned six Academy Award nominations, including best picture, and won Oscars for best actor (Anthony Hopkins, who has a small role in “The Son”) and best adapted screenplay, which Zeller shared with co-writer Christopher Hampton. The duo worked together again to adapt “The Son” into a film.

For Kirby, “The Son” marked another Venice Film Festival success story after she won the best actress prize in 2020 for her performance in “Pieces of a Woman.” Kirby went on to score an Oscar nomination for best actress. Dern has also found success in Venice. Her role in Noah Baumbach’s “Marriage Store” first entered the Oscar conversation after the film’s Venice world premiere. Dern would go on to win the Oscar for supporting actress.

“The Son” will open in select New York and Los Angeles theaters on November 11.