Emma Mackey To Lead Cast as Emily Brontë in EMILY 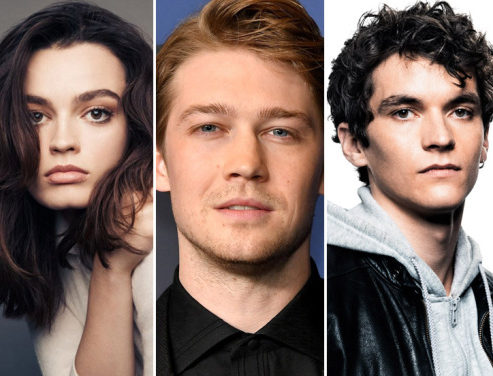 Posted at 09:35h in Deadline by Andreas Wiseman by Embankment Films 0 Comments
0 Likes

Embankment will handle world sales on the project, which is slated to shoot in Yorkshire, UK, in Q1, 2021. The firm will be selling from now and during the upcoming Cannes virtual market.

From a self-penned script, O’Connor imagines the transformative, exhilarating, and uplifting journey to womanhood of a rebel and a misfit, one of the world’s most famous, enigmatic, and provocative writers who died too soon at the age of 30.

O’Connor said: “Emily Brontë’s work and words are full of passion, feeling, violence, and fierce intelligence. In creating an imagined life for Emily, she will live again for our audience. Her story is about a young woman daring to form herself, to embrace her true nature, despite the consequences. Emily is, in fact, a love letter to women today, especially young women, a calling to them to challenge themselves to connect with their authentic voice and potential. I am so excited to work with such a thrilling, talented, young cast; luminous, intelligent, and spirited.”

Harry Potter, Cinderella and The Legend Of Tarzan producer Barron commented, “We are going to produce a movie of significant ambition – for audiences to enjoy and celebrate the scale of Emily Bronte’s own magnificent imagination.”

Embankment’s Tim Haslam added: “We really admire Frances’ expertise for combining highly refreshing and emotional storytelling with detailed research and nuanced observation and we celebrate her as a new voice of cinema”.