Hopkins Makes Strong Case for 2nd Oscar for ‘The Father’ 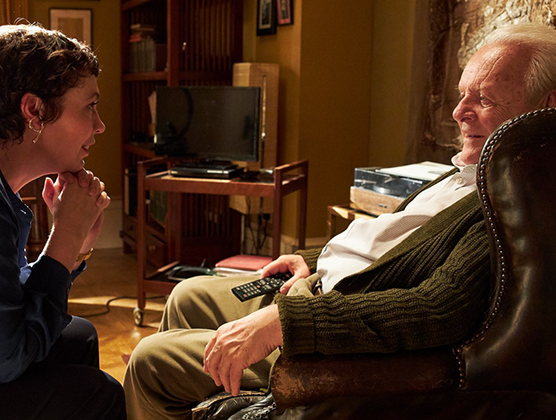 Marlon Brando, Gary Cooper, Tom Hanks, Dustin Hoffman, Fredric March, Jack Nicholson, Sean Penn, Spencer Tracy. Besides being some of history’s finest performers, they are also the select few that have won two Academy Awards for best actor, with just Daniel Day-Lewis surpassing them as the only three-time winner. With what Anthony Hopkins delivers in “The Father” from first-time director Florian Zeller, he has the goods to join that elite list of two-time best actor winners.

Hopkins nabbed his first Oscar in 1991 as Hannibal Lecter in “The Silence of the Lambs,” a performance that beat out the more “traditional” Academy types like Warren Beatty (“Bugsy”) and Nick Nolte (“The Prince of Tides”), with only 16 minutes of screen time. The only other best actor winner to do it with less time in a movie was David Niven for “Separate Tables” in 1958 at 15 minutes. Since “Silence of the Lambs,” Hopkins has earned four additional nominations, most recently with 2019’s “The Two Popes” as Pope Benedict.

In “The Father,” Hopkins’ work as Anthony, a man who refuses the assistance of his daughter as he ages and begins to doubt his mind and reality, is in the upper echelon of the British actor’s best work. He owns almost every scene of the movie’s 97-minute runtime.

Zeller, who co-adapts his own play “Le Père” with Oscar-winning scribe Christopher Hampton (“Dangerous Liaisons”), strikes the delicate balance between abstract narrative storytelling and straight-forward intense heartbreak. As Sony Pictures Classics gears up for a muscular campaign for the film, adapted screenplay is a category that seems to be already filling with top-tier quality contenders this year (i.e. “Nomadland” and “One Night in Miami,” among others).

Zeller himself will be a dark horse contender in the directing lineup, hoping to go the way of other first-time directors like Bennett Miller (“Capote”) and Tony Gilroy (“Michael Clayton”), who received nominations for their efforts behind the camera.

As for Hopkins’ co-star, Olivia Colman, two years after edging out Glenn Close for a best actress Oscars win, she could also be back in the race. It’s incredible to watch Colman hold Anne, the daughter of Anthony, right on the edge of breaking down, but never overcook and treat the character as one-note. You can feel the underlying narrative structures within the woman, even if the script is not necessarily providing the context. Her work in “The Favourite” was a hot topic in 2018, with some suggesting she should go in supporting (Fox Searchlight ultimately decided to run her in lead). This time, the plan is to campaign her in supporting actress for “The Father,” which is the correct call.

The movie’s success heavily relies on its editing, and what Yorgos Lamprinos achieves should keep him in the conversation. Cinematographer Ben Smithard gives a warm, bright palette, on a movie that is engraved with darker, heavier themes. The Emmy-winning DP does his best to expand the world beyond its feel of a play, which he mostly achieves.

I’m curious to see how the guilds respond to the film, in particular, the SAG nominating committee. In addition to Hopkins and Colman, “The Father” has a strong ensemble that includes Mark Gatiss, Imogen Poots, Rufus Sewell and Olivia Williams.

“The Father” is produced by Philippe Carcassonne, Simon Friend, Jean-Louis Livi, David Parfitt and Christophe Spadone. The film is scheduled to be released on Dec. 18.

It is screening Monday night at the Toronto International Film Festival after debuting at the Sundance Film Festival last January.