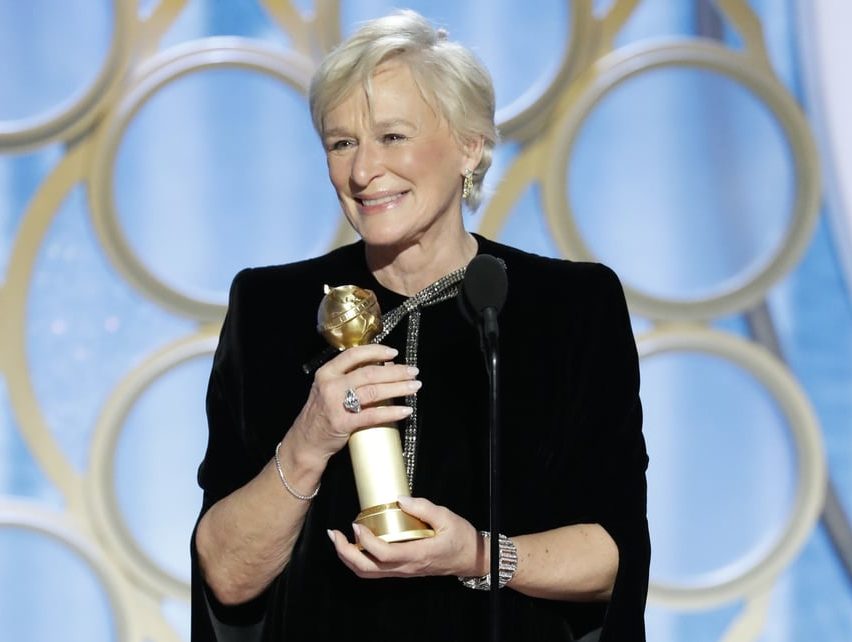 Posted at 10:05h in The Hollywood Reporter by Lauren Huff by Embankment Films 0 Comments
0 Likes

“Women, we’re nurturers, that’s what’s expected of us, but we have to follow our dreams. We have to say, ‘I can do that, and I should be allowed to do that,'” she said, to which the crowd erupted in applause.

The Wife‘s Glenn Close won the Golden Globe for best actress in a motion picture, drama, on Sunday night.

The actress won out over fellow nominees Lady Gaga (A Star Is Born), Nicole Kidman (Destroyer), Melissa McCarthy (Can You Ever Forgive Me?) and Rosamund Pike (A Private War) for the honor.

Choking up, Close started her speech praising her fellow nominees. “I’m so honored to be with my category sisters and I can’t wait to spend more time with you. We should all be up here together.”

In the film, Close plays a woman who questions her choices in life when she travels to Stockholm with her husband, who is slated to receive the Nobel Prize for literature. She joked of the film, “It was called The Wife, I think that’s why it took 14 years to get made.”

She also said she thought of her mom while preparing for the part. “Women, we’re nurturers, that’s what’s expected of us, but we have to follow our dreams. We have to say, ‘I can do that, and I should be allowed to do that,'” she said, after which the crowd gave the actress a standing ovation.

Close continued that train of thought backstage, saying that she thinks the availability of roles for women over 40 is improving. “I think the advantage of all the places where these wonderful stories are being told now, it’s a whole different landscape, and there’s so much content and wonderful people working across all [mediums],” she said. “Women are taking control. I long for the day when it’s not a women’s movie, but just a good movie, and that it’s not just characterized like that.”

This is Close’s third Golden Globe win. She previously won for her roles in The Lion in Winter and Damages. She’s also a six-time Oscar nominee.

Tune in after the telecast for The Hollywood Reporter and Twitter’s official live aftershow. Dick Clark Productions, which produces the Golden Globes, is a division of Valence Media, which owns THR.