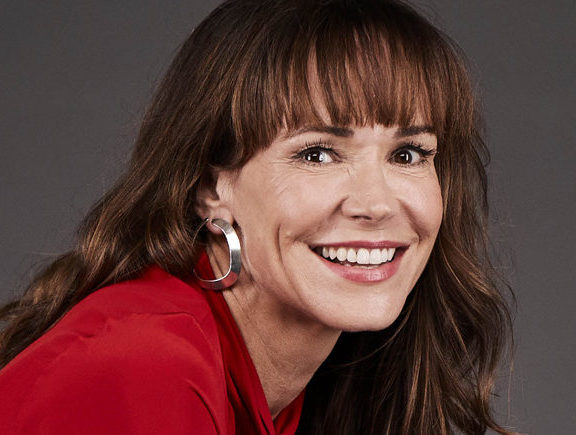 Posted at 08:56h in Variety by Leo Barraclough by Embankment Films 0 Comments
0 Likes

Frances O’Connor is in week two of the edit for her debut feature as writer-director, “Emily,” which brings to life the world of author Emily Brontë in the years leading up to the creation of her seminal novel “Wuthering Heights.” Variety speaks to O’Connor about the film, which has been pre-sold by Embankment Films to multiple major territories.

As an actor O’Connor has had a successful career, appearing in such films as “The Importance of Being Earnest” and “A.I. Artificial Intelligence,” and series such as “Madame Bovary” and “The Missing,” with the latter two each earning her a Golden Globe nomination.

About 10 years ago, a love of Emily Brontë led her to start writing a script about the author’s life. “She’s a very inspirational character, but we know so little about her,” she says. “And there are certain issues that I was interested in exploring about being authentic as a woman, and I felt that’s something that she really speaks to.”

Emma Mackey, whose star has risen rapidly playing the female lead in Netflix hit “Sex Education,” a role that won her a BAFTA nomination, stars as Emily. Mackey has since been cast in a leading role in Kenneth Branagh’s next Poirot movie for 20th Century Studios, “Death on the Nile,” and she also stars with Romain Duris in “Eiffel.”

Oliver Jackson-Cohen plays Weightman, Emily’s beau. Jackson-Cohen co-starred with Elisabeth Moss in Universal’s hit “The Invisible Man” and is best known for his leading role in Netflix’s “The Haunting” saga. He is shortly to be seen in Maggie Gyllenhaal’s “The Lost Daughter” and in “Mr Malcolm’s List.”

They are joined by Fionn Whitehead as Branwell Brontë – Emily’s enigmatic and rebellious brother. Whitehead rose to fame as the lead in Christopher Nolan’s “Dunkirk,” and appeared recently in Roger Michell’s “The Duke.” Up next, he stars in Neil Burger’s “Voyagers.”

Amelia Gething is Anne Brontë, Emily’s younger sister. Gething is the lead of Starz’s hit show “The Spanish Princess” and is a breakout YouTube influencer, with 500,000 subscribers, and has 7.2 million followers on TikTok. Alexandra Dowling is Charlotte Brontë, Emily’s competitive, talented older sister. Dowling is the breakout star of the BBC’s BAFTA nominated series “The Musketeers.”

O’Connor was attracted to Emily Brontë as “she’s just an incredibly authentic person, and she could only really be herself. And I think that’s something that’s a really admirable quality.” This is becoming increasingly relevant now when young people are under pressure to present an insincere version of themselves on social media. “She knew who she was, and who she was, was kind of eccentric, and wouldn’t fit into the norm of the girl next door. She was very much herself, and happy to be so,” O’Connor says.

The film explores how Emily Brontë found her true self, and how her real life and the world of her imagination fed into the creation of “Wuthering Heights.” “Early on in her trajectory, she had failed at a few things. She tried to fit in, but was pretty anti-social and didn’t really have that capacity,” O’Connor says. “Whenever she’d leave home, she would get sick and wouldn’t function very well, and then, eventually, when she decided that she was just going to concentrate on her work at home, things really flourished for her.”

Two relationships are key to Emily’s story. First is Emily’s close bond with Branwell, which has a parallel with that between Heathcliff and Catherine in “Wuthering Heights.” The script also explores the power dynamic between Emily and Charlotte, who love each other fiercely but are engaged in a constant struggle. “That is something that Emily has to come to terms with, and she fights for her space to be who she is, as opposed to her older sister, who is someone who walks in the world a lot easier than she does. Charlotte is an organizer and she is, in some ways, like a surrogate mother,” O’Connor says.

Weightman, the curate, is another key character in the Brontë household, and is based on a real person. He is a bit of a flirt and gives Valentine’s cards to the sisters. “He brought a breath of fresh air into the parsonage. There was a period when it was just Branwell, Emily and Weightman kicking around the parsonage while the others were away being governesses, or [teachers] at school.”

The spirit of the age in which the Brontës lived – characterized by the Romanticism of writers like Byron and Shelley – is felt in the film. For O’Connor this is similar to the 1960s, when there was “a search for a new kind of truth.” In the film, the characters strive for “independent thinking, which is something that isn’t in evidence much [nowadays] when everything is in sound bites.”

The film won’t look like a classic period drama. “We really tried to keep away from that as much as possible, and try and have it so it has a kind of a youthful quality to it,” O’Connor says. “So the camera moves, but it’s not poppy. We’re trying to create a world that is not documentary, but it feels real. And then sometimes it comes a little more classic in style.”

The costumes are authentic to the period but “when you see them, they don’t look like costumes, they look more like clothes. Again, we’re trying to go through this thing of just creating a world that feels cohesive and real,” O’Connor says.

Regarding Emily’s look, she says: “We evolve her because we wanted to stretch out time so that she has a really great arc in terms of when she starts, she looks really young, and then she matures into something more classic. Some characters evolve slightly differently in terms of their costume. Some characters deteriorate.”

In terms of hair and makeup, she says: “We wanted to create a natural beauty for everyone, so everything you see it’s just like you’re really there. That was the feel we were going for. These kids are like 20-25, so we just had to pop the camera on them and they look beautiful. So we went for something very natural in terms of minimal makeup and really natural hair. So it just feels like we’re looking at the real Brontës, hopefully.”

The shoot in a remote yet beautiful corner of the North of England was “challenging,” with the cast and crew facing the isolated nature of the location, COVID restrictions and extreme weather conditions, yet O’Connor was blessed with a team of very experienced heads of department and producers.

The producers are David Barron (“Harry Potter” franchise, “Cinderella,” “Jack Ryan: Shadow Recruit”) and Piers Tempest (“Military Wives,” “Ordinary Love,” “The Wife”) with Robert Connolly and Robert Patterson of Arenamedia (“The Dry,” “Paper Planes”). Funding is from Ingenious Media, with Peter Touche as an executive producer, and from Spitfire Audio Holdings, The Post Republic and Tempo.