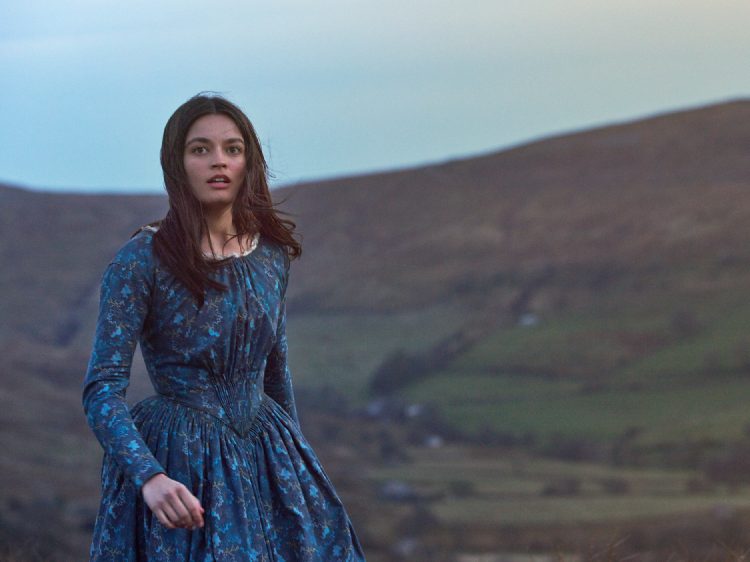 Posted at 19:30h in The Guardian by Radheyan Simonpillai by Embankment Films 0 Comments
0 Likes

Not modern in that post-Bridgerton sense, where Black and brown characters hold positions of power in a fantastical British society stripped of colonial history. Instead, Emily feels modern in the way it imagines Brontë’s reclusive demeanor and emotional swings with consideration towards trauma, depression and other possible mental health issues that we have the language for today. The characters in the film can’t diagnose these things, but a contemporary audience will spot the signs that O’Connor shrewdly layers into the role played by Sex Education’s Emma Mackey.

She also doesn’t treat Brontë’s mental and emotional challenges as an obstacle or some unfortunate plague on her short life – the author died from tuberculosis at 30. They are just facets to this deep-feeling and sharply critical character who the film assumes funnelled her joys, sadness, yearning for tenderness and perspective on human behaviour into Wuthering Heights.

Emily is a sensitive and passionate portrait of the author. It’s also a confident directorial debut for O’Connor, a veteran actor who starred in Patricia Rozema’s Mansfield Park and the BBC’s Madame Bovary, and in turn makes a period piece stripped of the pageantry and stateliness typical of the genre. Hers is a more kinetic film, opting for handheld camera work and editing that follows the rhythms of Mackey’s ferocious performance closely.

Emily covers the years leading up to Brontë writing her novel, which is about cruel and haunted characters who play devastating games with love and social status. Mackey’s Brontë regularly appears sullen or mortified by her surroundings. She tends to steal away to private spaces or simply into her own head. She’s the black sheep in her family, both berated and neglected by her father (Adrian Dunbar), a widower and parish priest. He showers all his favor on Brontë’s older sister Charlotte and older brother Branwell, whose wayward ways demand special attention from the patriarch.

The film empowers Brontë’s sometimes turbulent emotions, setting environments according to the author’s moods in ways that can be riveting. There’s a chilling early scene in which Brontë dons a ghostly white mask to perform a haunting for guests but gets carried away by her own storytelling ability. She’s also harboring confused emotions about her dead mother and some warranted anger towards her audience. The line between prank and possession is unnervingly blurred, and O’Connor leans into it with a thick soundscape and flickering lighting, finding in this scene some footing for the gothic elements from Wuthering Heights.

Emily is the kind of origin story that imagines antecedents in Brontë’s life to elements of her novel, like a passionate affair or a bitter rivalry – given the subject, these things can go hand in hand. Using the fictional narrative in Wuthering Heights as a window into Brontë is inevitable for any kind of biography since so little is known about the author. Most biographical details are filtered through Charlotte’s voice, published in biographies of the Jane Eyre author, which O’Connor understandably treats as suspect. Her film imagines a petty rivalry between the siblings. She depicts Charlotte (Alexandra Dowling) as a loving sister but one whose affection can often verge on patronizing.

Rigid historians will have a field day with this and the other guesswork in the film, like Brontë’s leisurely opium use and the central illicit affair she has with William Weightman, a parish curate who lived in the family’s home for a few years. Maybe this affair never happened. If it did, who would ever write about it? In any case, the way O’Connor pairs them together just feels right.

The affair begins with Weightman giving Brontë French lessons, a ferocious tête-à-tête in the language of love. They debate religion. He’s commanding the conversation. She’s limited by her grasp of the vocabulary but fighting to express herself, refusing to blindly believe what she’s been told by pastors – a very Victorian stance. The sequence brims with both sexual tension and animosity, a flurry of contradictory emotions that’s typical for both Weightman and Brontë, which just makes their passion more carnal and involving.

Emily is a sexy movie. O’Connor finds immense pleasure in awkward touches, stolen glances and overdressed characters tearing away at all the layers they have on. At one point, the film lingers on the work Weightman puts into hastily untying Brontë’s corset. It’s a very thoughtful and perhaps feminist bit of on-screen foreplay that isn’t all captured in one shot because of how laborious the process is. And it’s thrilling to watch.