Embankment doubles down on docs 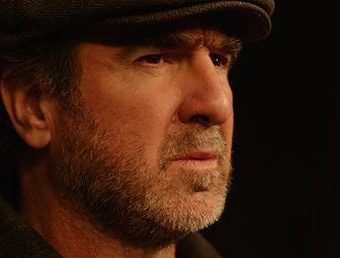 07 Jul Embankment doubles down on docs

Posted at 09:32h in Uncategorized by Embankment Films 0 Comments
0 Likes

London-based feature film financer and distributor Embankment Films is pushing further into feature docs with a new slate of titles, following its success with McQueen and Harvey Weinstein exposé Untouchable.

Following the successful global distribution of both McQueen and Untouchable, the company is now expanding its work on the unscripted side, led by head of sales Calum Gray, who joined the firm in 2017.

Frankie is directed by Emmy and Bafta winner Anthony Wonke (Ronaldo, Being AP) and is currently in production in the UK. The film examines the life of jockey Frankie Dettori, winner of more than 3,000 races. It is being produced by Nick Ryle (Being AP, Fighting For A City), Pete Russell and Damien O’Donohoe of Trombone Productions.

The United Way is described as a love letter to English Premier League side Manchester United. Fully endorsed by the club, and featuring some of football’s most celebrated players, the film is presented by former United striker Eric Cantona. Embankment has already sealed a deal with Sky in the UK for its new Sky Documentaries channel.

The film is directed by Mat Hodgson and produced by Dan Glynn, the team behind critically acclaimed football feature documentary The Four Year Plan.

Currently in pre-production, the film reveals a true Cold War conspiracy when East Germany designed its soccer league to be an exemplar of Communist superiority, and the infamous and clandestine secret service, the Stasi, infiltrated every aspect of the sport to manipulate, intimidate, coerce and control the public.

The End of the World As We Know It is also in an early stage of production with director John Dower (My Scientology Movie, Thrilla in Manilla). The doc is a big-hearted, playful and candid accompaniment of the three eclectic leaders at the heart of environmental campaign group Extinction Rebellion. Salon Pictures produces.

The Gipsy Kings is due for delivery in the third quarter of 2021. The doc focuses on the band of the same name, beloved by generations of fans, which toured the world over 20 years and sold 25 million albums worldwide.

Also in pre-production, Call Me Papa is an emotional and inspirational revelation of the life of Otto Frank, the father of celebrated diarist Anne Frank, who dedicated the remainder of his life after his family’s murder to helping those in need. The film is directed by Shawn Cauthen, director of Netflix Vs the World (Amazon) and The Orange Years: The Nickelodeon Story.