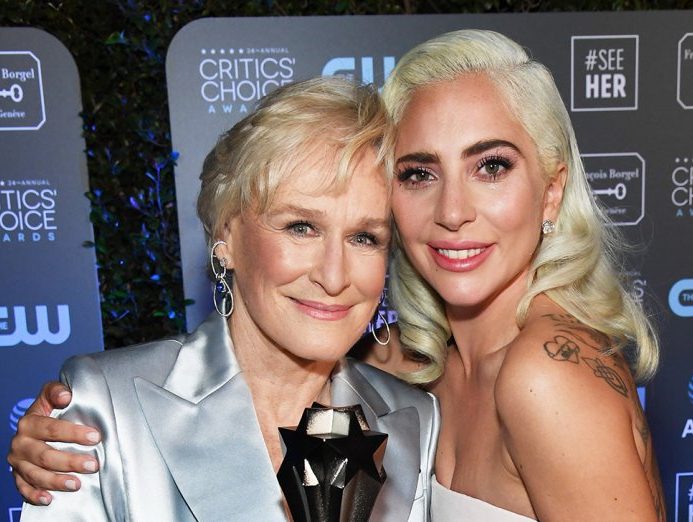 Posted at 18:51h in The Hollywood Reporter by Jillian Forstadt by Embankment Films 0 Comments
0 Likes

In the category for best actress in a movie, Glenn Close and Lady Gaga shared the second tie of the Critics’ Choice Awards on Sunday.

Close won for her role in The Wife, for which she also took home a Golden Globe, while Lady Gaga won for her performance as Ally in A Star Is Born.

“My mother and Glenn are good friends, so I’m so very happy she won this this evening,” Gaga said tearfully.

The singer dedicated her award to those who have suffered from alcoholism and addiction, or who have watched their loved ones suffer.” I wanted nothing more to show the truth and power of this very heartbreaking dynamic,” Gaga said to a standing ovation from the crowd. “The true star of the film is not me; it is bravery and it is perseverance.”The singer also thanked Bradley Cooper for being a “magical filmmaker and just as magical human being.”

“I have never had an experience with a director or an actor like I had with you, and I will cherish it forever,” Gaga said tearfully. “You seamlessly were both the love of my life and the man behind the camera.”Gaga also won the award for best original song earlier in the night.

The two winners follow a tie announced earlier in the night between Amy Adams and Patricia Arquette for best actress in a movie made for television or limited series.

“I think I can speak for all of the women in this room: We celebrate each other, and we are proud to be in this room together,” Close said, adding to the cheers of female empowered expressed throughout the night.