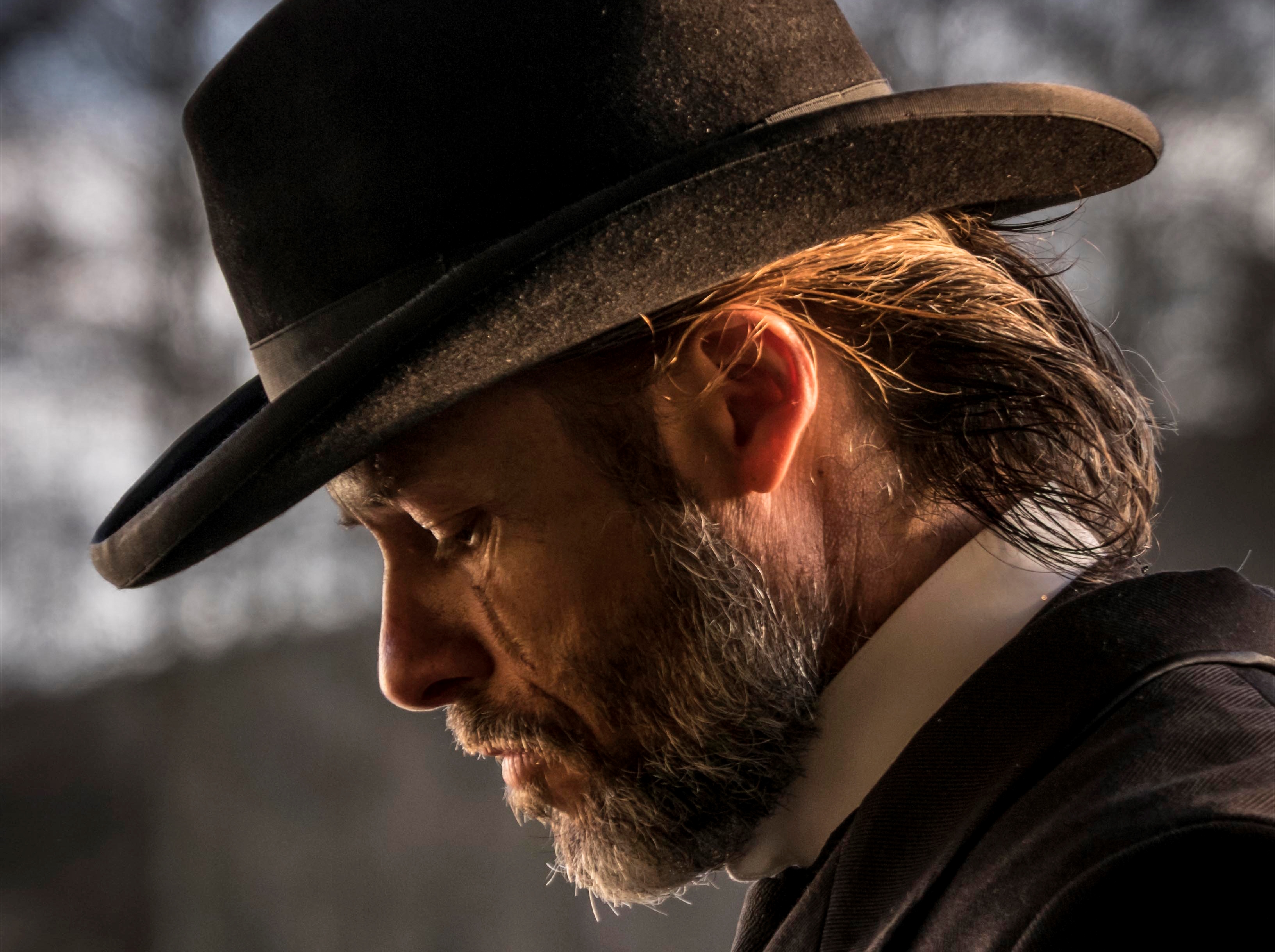 Posted at 09:01h in Empire by Jonathan Pile by Embankment Films 0 Comments
0 Likes

A priest (Guy Pearce) shows up in a frontier town to the intense distress of one of its inhabitants, a mute midwife (Dakota Fanning) living there with her family. She knows him, and is terrified, and he soon demonstrates why. What’s in their shared past that leads to this violence?

The heritage of Westerns in Dutch cinema is short and unremarkable. So short, in fact, that Brimstone is the first notable Western to come out of the Netherlands. But with its bleak outlook and scenes of graphic violence, it’s one hell of a start.

Writer-director Martin Koolhoven has crafted a particularly brutal version of the Old West where the patriarchy rules. He wants to see his characters suffer, then observe how they react. It’s a film about the evil men do, and the women who suffer because of it. Not that these women are portrayed as helpless victims, but they do live in a world where they’re deemed second-class citizens, and the men will violently enforce their authority if it’s challenged. When it’s challenged.

The greatest Dutch Western ever?

At the centre of this is Dakota Fanning’s Liz who, when we meet her, is a mute midwife living with her husband Eli (William Houston), stepson (Jack Hollington) and daughter (Vera Vitali). There’s little else given in the way of character information — and that’s the point. Told in four parts titled, in turn, ‘Revelation’, ‘Exodus’, ‘Genesis’ and ‘Retribution’ (can you sense there are biblical themes in play here?), the first three run in Memento-lite reverse chronological order, gradually revealing more character detail, before the snowbound final chapter sees us leap forward to a brutal finale. And Fanning is remarkable — wide-eyed and wordless for two thirds of the time she’s on screen, every emotion is portrayed on her face, every nuance conveyed in a silent glance.

The first chapter sees Liz on the defensive. A new preacher (Pearce) comes to town, and she’s instantly afraid of him — hiding, hoping he doesn’t see her. But it’s her he’s there for. “Do you know why I’m here?” he asks her when they finally meet. “I’m here to punish you.” And punish her he does — turning townsfolk against her and threatening her family before eventually turning murderous.

There’s an ending to this chapter, but it’s something of a cliffhanger. And before it’s resolved, we jump back to two earlier moments in her life. First to a story set in the brothel of a mining town, and then to a family farm where the true nature of Liz’s relationship with the preacher is made explicit. Only then, with the backstory revealed, do we get to see how it finally plays out.

The structure is a masterstroke, each part feeling distinct despite the bleak tone that permeates the film, and it keeps interest levels high across the two-and-a-half-hour running time. But Koolhoven also uses it to play on viewers’ expectations about his characters. For example, when we meet Liz again in the second chapter she’s not yet mute, so we know what’s in store for her. The element of surprise is lost, but here that’s offset by the dramatic weight added to the how and why. And when the violence eventually comes, it’s white-knuckle tense, not playing out as you’d imagine.

If it strains credibility at times — Guy Pearce’s preacher coming off as a 19th-century Jason Voorhees in his ability to return from apparent death — it’s still a gripping tale despite its stately pace. The greatest Dutch Western ever? It’s hard to argue against it.

Brutal in its depictions of violence, Brimstone is tough to watch at times, but never less than gripping, even as the clock creeps up to the 150-minute mark.